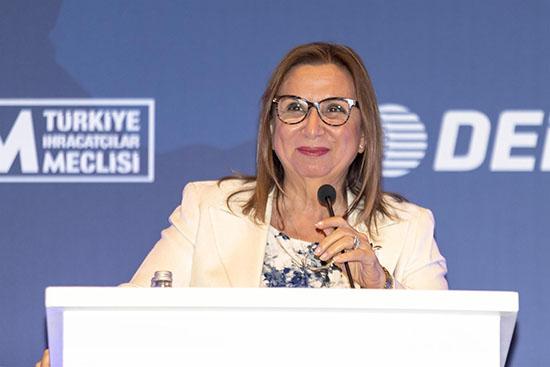 “Turkish exports go through the hardest period but we continue to hit records thanks to steps taken by the government and our exporters’ efforts,” Ruhsar Pekcan told Turkish ambassadors at a dinner hosted by Foreign Economic Relations Board of Turkey (DEIK) and Turkey Exporters Assembly (TIM).

She underlined the importance of Turkish exports for external financing and economic growth.

“We expect this positive trend to continue through the year-end,” she noted.

Pointing the low share of high-tech products on Turkish exports, Pekcan said the project of specialized free-trade zones will be realized.

“We will provide incentives for foreign investors who conduct technology focused production,” she added.

Pekcan stressed that the ministry works on increasing the number of free trade agreements (FTA) as bilateral agreements and FTA’s shine out rather than multiple platforms.