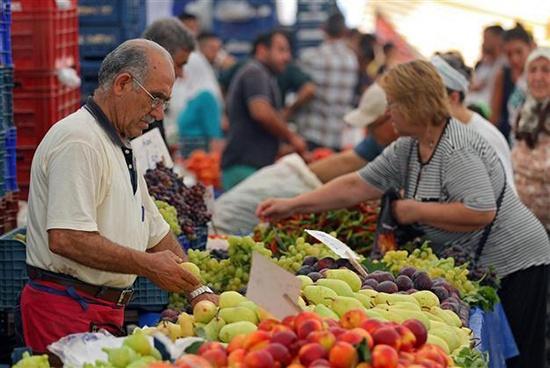 Tension with the U.S. over the procurement of Russian-made S-400 missiles, the terror corridor in northern Syria threatening Turkey’s national security and associated developments have been the main topics on Turkey’s agenda for a long time. Yet, last week witnessed the launch of new strategies that will hit the headlines soon when it comes to Turkish foreign policy. In this regard, two new foreign policy initiatives by Turkey drew respectable attention at the 11th Ambassadors’ Conference this week in the capital Ankara. The first of these initiatives is the revival of Turkey-EU relations. In his speech at the conference, President Recep Tayyip Erdoğan reiterated Turkey’s intention to attain full EU membership, signaling imminent developments in the process.

Likewise, in a meeting with top authorities in the Foreign Ministry in the past few weeks, cues were given about entering a new era with the EU. Authorities announced that the process for the last six of the criteria for the free movement of Turkish citizens in the EU would be accelerated with the new legislative year of the Turkish Grand National Assembly beginning in October.

This new initiative regarding the EU is supported by Erdoğan, in particular, and he follows the process closely.

Opening a fresh page in Turkey-EU relations serves the strategic interests of both sides. Erdoğan said: “If the EU intends to be a global actor, it has to win over Turkey first. Turkey’s membership should not be sacrificed for the ambitions of some countries.”

Provided that Britain withdraws from the EU one way or another, it is obvious that the EU will go through a period of transition, mainly in the areas of economy and migration. On the other hand, the most significant military and economic presence of EU countries, especially Germany and France, in the Middle East, which guarantees security under the realm of NATO, is their ally Turkey.

When viewed from this perspective, comprehending Turkey’s importance for unity in European capitals is enough to take hold of the olive branch Ankara is offering once again. Turkey’s performance on the issue of irregular migrants must be one of the main topics Europe needs to consider, in particular. If Turkey did not intercept migrants, 35,000 illegal immigrants would be knocking on Europe’s doors today. As a result, it is not difficult to guess the economic burden it would cause considering that Turkey spent nearly five times more than the 6 billion euros ($6.72 billion) the EU promised for Syrian refugees and given in a roundabout way.

According to the authorities in Ankara, Turkey could demand the EU assistance be delivered directly in the new period, rather than through associations and institutions.

In other respects, it is expected that crucial reassignments in EU institutions, namely the Joint Parliamentary Committee, the European Commission, Parliament and the Enlargement Committee will take place. Ankara will work diligently on legislation and lobbying in the presence of these institutions to return to the relations of 2017 for the remaining six criteria out of 72 required for the visa exemption. While accelerated legal reforms will be realized on one side, the perception that Turkey is moving away from the Copenhagen criteria uttered by some circles will be altered on the other.

r announced by Foreign Minister Mevlüt Çavuşoğlu again in this week’s Ambassador’s Conference. It is known that Turkey intensified its economic, cultural and trade relations with the Far East and South Asian countries including mainly China, India, Pakistan and Japan for a long time. Asia Anew would include cooperation in education, the defense industry, investments, trade, technology, culture and political dialogue. Çavuşoğlu answered in advance the possible claims of EU capitals concerning the issue that Turkey is shifting its axis, especially after the S-400 discussions. He noted that Turkey’s main goal with the Asia Anew initiative was not an “axis shift.” He said: “Has Turkey turned its back on Europe and faced another place? Then let me ask you this: Do you shift the axis of your foreign policy when you go there [Asia]? Why does it become an axis change when Turkey goes there?” Çavuşoğlu added that Turkey is the axis itself.

From this point of view, it is obvious how important it is to look in two directions and be an axis, as Turkey is located in both Asia and Europe. So, Turkey’s two initiatives should be assessed from this focal point.