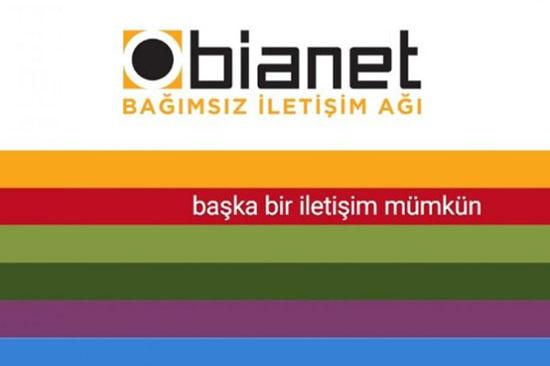 Turkish authorities have lifted a ban of access to independent news site Bianet after an outcry against a move the company’s lawyer said Wednesday had been made “by mistake,” AFP reported.

It emerged on Tuesday that an Ankara court had ordered the blocking of Bianet, known for its human rights coverage, on “national security” grounds.

Bianet lawyer Meriç Eyüboğlu said Wednesday that the ban on access had been annulled.

“The head of the police asked for the cancelation of this decision as Bianet was put on the list by mistake,” Eyüboğlu said in a statement carried on its website.

Eyüboğlu apparently discovered that the decision had actually been made on July 16 but that the authorities had not notified the company.

Examining the dossier on Wednesday, the lawyer said she found that the decision had then been annulled on July 17.

Founded in Istanbul in 1997, Bianet is well known in Turkey for its articles on human rights, violence against women and its exhaustive coverage of trials linked to freedom of expression. Its articles are published in Turkish, English and Kurdish.

An article on Bianet said Tuesday that more than 200,000 of its articles would be lost by the prohibition to access of its content.

The local chapter of Reporters Without Borders (RSF) decried the decision as “scandalous” and “totally arbitrary,” calling for it to be overturned.

Rights groups have regularly criticized the erosion of free speech in Turkey under President Recep Tayyip Erdoğan, especially since a failed coup attempt in 2016 triggered a massive crackdown on government critics in the press and beyond.

Turkey is the only country apart from China to block Wikipedia and was ranked 157th out of 180 countries for freedom of the press in the most recent RSF list.