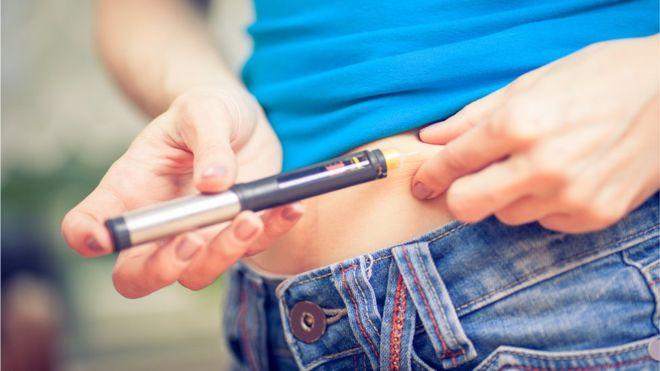 Chemicals in everything from food wrappers to clothing and furniture are associated with an increased risk of diabetes, but much of this added risk is reduced with good eating and exercise habits, a study suggests.

Researchers tested blood samples from 957 diabetes-free people for chemicals known as PFAS (polyfluoroalkyl and perfluoroalkyl substances), which are used to make consumer products stain-resistant, water-repellant and nonstick. Participants were then randomly assigned to an intensive lifestyle modification program designed to help them lose 7% of their body weight, or to take a placebo pill and stick with their usual eating and exercise habits.

After two years, researchers did another round of blood tests for PFAS. When the tests showed levels of one type of PFA known as PFOA (perfluorooctanoic acid) had risen, people in the placebo group were more likely to develop diabetes in subsequent years. But the risk of diabetes didn’t go up for people who had made dramatic changes to their eating and exercise habits.

“Our results indicate that some PFAS contribute to diabetes development and (diabetes complications),” said Andres Cardenas of the University of California, Berkeley, who led the study.

“However, an initial intervention of exercise and diet attenuated the association with diabetes,” Cardenas said by email. “Exercise and a balanced diet confer ample benefits; our results indicate that another benefit could be the attenuation of adverse metabolic effects from PFAS exposure.”

More than 90% of the study participants were overweight or obese. The majority were also white, female, married, college educated and nonsmokers.

People in the lifestyle modification group had case managers coaching them on how to reduce fat intake and cut calories to achieve steady weight loss of one to two pounds a week. These participants were also asked to get a minimum of 150 minutes a week of moderate to vigorous exercise.

With this eating and exercise program, people were 28% less likely to develop diabetes than the participants on placebo, researchers report in Diabetes Care.

Over the first two years of the study, PFOA concentrations also rose less for the diet and exercise group than in the placebo group: 0.31 nanograms per milliliter of blood compared with 0.96 ng/ml.

Each doubling of another PFA known as N-ethyl-perflourooctane sulfonamide acetic acid (EtFOSAA) was associated with a 17% increased risk of developing diabetes complications like impaired vision and loss of sensation in the extremities. This was similar for both the placebo group and the diet and exercise group.

And each doubling of perflourooctane sulfonic acid (PFOS) was associated with an 18% higher risk of diabetes complications, although the connection was weaker due to the smaller number of participants who tested positive for exposure.

Results might be different in people who aren’t overweight or obese, the study team notes.

Still, the results add to a large body of evidence showing that good eating and exercise habits can help prevent diabetes, they add.

The findings build on previous research linking PFASs and PFOA to diabetes, said Luz Claudio, an environmental medicine and public health researcher at the Icahn School of Medicine at Mount Sinai in New York City.

“It is very hard to avoid exposure to PFAs because they are in so many products and in some water supplies,” Claudio, who wasn’t involved in the study, said by email.

Another avoidable source of PFAs are sprays used to make shoes and clothing water-resistant. Wax-based products including sprays can be used instead and may not contain these chemicals, Claudio said.

This story corrects year to 2019 in last line