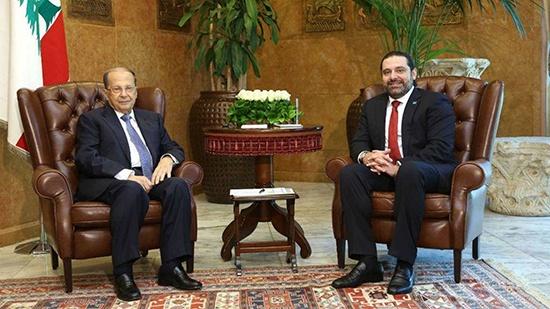 Political infighting over the case has forced Hariri to paralyze the government, as the Progressive Socialist Party’s feud with the Free Patriotic Movement escalates.

BEIRUT: A day after the U.S embassy in Lebanon called for impartiality in the Qabrshamoun judicial review, Prime Minister Saad Hariri expressed “optimism” in breaking the month-long Cabinet deadlock.

Political infighting over the case has forced Hariri to paralyze the government, as the Progressive Socialist Party’s feud with the Free Patriotic Movement escalates.

On Wednesday, the U.S embassy called for a “fair and transparent judicial review” of the deadly Qabrshamoun incident “free of political interference,” adding that “any attempt to use the tragic June 30 event in Qabr el-Shamoun to advance political objectives should be rejected.”

The PSP, along with Hariri and the Lebanese Forces, fear to lose a vote on whether the case should be referred to the Judicial Council, which handles matters of high sensitivity. As things stand, the FPM, coupled with Hezbollah and Speaker Nabih Berri’s Amal Movement, are in a position to win the vote unless a political compromise is reached.

Hariri and Aoun were also joined by General Security head Abbas Ibrahim, who has been tasked with mediating the dispute between both parties.

Speaking during the opening of his party’s headquarters in Dbayeh on Wednesday, Foreign Minister Gebran Bassil upped the ante in his fracas with his political rivals, describing them as “anti-state militias.”

“They accuse us of corruption yet their wealth comes from extortion money, the state’s money, and selling arms and drugs,” he said during the ceremony.

He then launched a vicious attack directly aimed at the PSP, accusing them of cozying up to “foreign forces.”

“Militias are always linked to foreign forces, they gather information and conspire against the state while resorting to intelligence agencies and embassies, Bassil said, in reference to PSP leader Walid Jumblatt’s reported meeting at a European embassy over the weekend.

Bassil also reiterated his camp’s own chain of events which led to the tragic incident on June 30, accusing the PSP of cutting roads in an attempt to block him from reaching his final destination of Kfar Matta.

Bassil was scheduled for a tour of Aley on the day of the shooting, to be capped off with a speech in the village of Kfar Matta. As tensions spilled onto the streets, which resulted in the death of two of Lebanese Democratic Party member and State Minister for Refugee Affairs Saleh al-Gharib’s bodyguards, Bassil was forced to cancel the rest of his tour.

“The facts are clear and any military, judicial or criminal judiciary will not be able to evade them,” he added.

Aoun, Bassil’s father in law and founder of the FPM, has repeatedly accused the PSP of premeditating an ambush aimed at the Foreign Minister.

Lebanon’s Military Tribunal is now investigating the case yet has suspended the questioning of four suspects after the PSP accused the FPM and Military Examining Magistrate Marcel Bassil of colluding.

Both parties now await a ruling from the Beirut civilian court of appeals, which is mulling the possibility of recusing Bassil according to the National News Agency.

Hariri, who returned to Beirut late Wednesday from a private trip, is set to travel to Washington next week to hold talks with Vice President Mike Pence and U.S. Secretary of State Mike Pompeo.