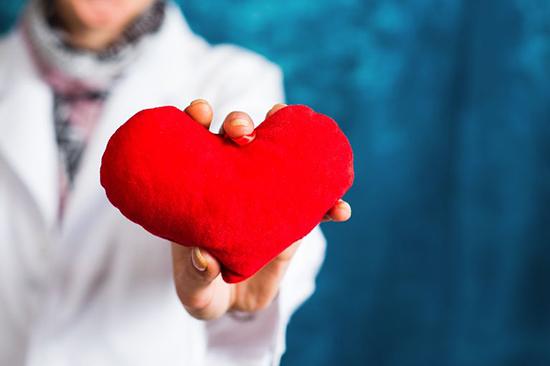 The heart is the most important organ in your body – here’s everything you need to know.

The heart is the most important organ in the body. Though you might not give it much thought on a day-to-day basis, this intricate muscle has a variety of layers, chambers and valves which pump blood, nutrients and oxygen around the body 24/7.

So, what is the anatomy of a heart, how does it work and what can you do to take care of yours? Dr Roger Henderson gives us the lowdown on the heart:

What is the heart?

The heart is a hollow, cone-shaped muscle that’s about the size of an adult fist and usually found to the left of your breastbone. The heart is the most important organ in the body. It is basically a complex pump, responsible for circulating blood, oxygen and nutrients around the body.

The average weight of a healthy female human heart is 9oz (255g). A man’s heart is usually slightly bigger at around 10.5oz (300g). It is comprised of multiple layers, valves and chambers:

❤️ The layers of the heart

Every heart is made up of three layers:

❤️ The chambers in the heart

The heart is divided into four chambers:

A muscular wall called the septum separates the right and left sides of the heart.

❤️ The valves in the heart chambers

Each of the chambers has valves. The valves have different names:

Their purpose is to allow blood to move forwards through the heart and to prevent it flowing backwards into the previous chamber.

How does the heart work?

The heart muscle contracts in two stages to squeeze blood out of the heart. This is known as systole. In the first stage, the upper chambers (atria) contract at the same time, pushing blood down into the lower chambers (ventricles).

Blood is pumped from the right atrium down into the right ventricle and from the left atrium down into the left ventricle. In the second stage, the lower chambers contract to push this blood out of the heart to either the body via your main artery (aorta) or to the lungs to pick up oxygen. The heart then relaxes – known as diastole. Blood fills up the heart again, and the whole process, which takes a fraction of a second, is repeated.

The heart muscle contracts in two stages to squeeze blood out of the heart.

The different sides of the heart have different functions. On the right side, the upper chamber fills with oxygen-depleted blood from your body and pushes it via the lower chamber and the pulmonary artery back to the lungs. Here blood picks up oxygen and releases carbon dioxide.

On the left side, the upper chamber fills with oxygen-rich blood from the lungs. This is pumped via the lower chamber into the aorta and out to the body to provide cells with the crucial oxygen they need.

What makes the heart beat?

On average, most people have a heart rate of around 72 beats per minute at rest. This varies according to fitness, age, exertion and general health.

On average, most people have a heart rate of around 72 beats per minute at rest.

Each heart beat is triggered by an electrical pacemaker – a group of cells in the heart that have the ability to generate electrical activity. They cause electrical impulses to spread over the heart and make it contract.

The largest natural pacemaker of the heart is called the sinoatrial or SA node and is found in the right atrium. From it, specialised groups of cells that carry the electrical charge lead off to the rest of the heart.

How will the doctor check your heartbeat?

Your doctor usually checks your heartbeat in two ways:

Your pulse can usually be felt at the wrist just below the level of the bottom of the thumb. Use your forefinger and middle finger of the other hand and gently press on this area – you will feel the pulse beating. Your doctor will check for its speed and consistency.

Your doctor may listen to the heart with a stethoscope. The sound of the heart is often described as ‘lub-dub’. The first heart sound (lub) is caused by the movement of blood through the heart and its vibration. This is due to the valves of the upper chambers closing.

The second heart sound (dub) is caused by the same movement of blood, but this time vibrations are linked to the closing of the valves in the lower chambers.

Problems can arise in any part of heart – from the muscle walls (cardiomyopathy) and valves (heart valve disease) to problems with the pacemaker (irregular heartbeat or arrhythmia) and blood supply.

If a coronary artery becomes furred up or partially blocked with fatty material called atheroma, that artery cannot then supply enough blood to the heart muscle to meet its needs during exertion or activity. The muscle ‘cramps’, causing chest pain. This is known as angina.

Problems can arise in any part of heart – from the muscle walls.

If the poor blood supply to the heart worsens, so that chest pains start to happen more easily and with less exertion, it’s known as unstable angina. This requires increasing levels of heart medication or active surgical intervention such as an angioplasty or heart bypass surgery.

Depending on which part of the heart muscle is affected and the severity of damage to the heart muscle, the effects of a heart attack can range from a good recovery to instant death. Heart disease is the biggest killer in the UK, often causing death before the person reaches hospital.