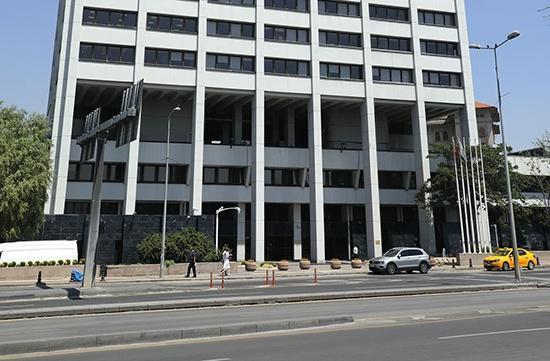 Turkey’s central bank removed at least nine high-ranking officials including chief economist Hakan Kara on Thursday, according to two officials with direct knowledge of the matter, who asked not to be named and cited an internal announcement.

No reason was provided for the removals. They follow the firing on July 6 of former Governor Murat Cetinkaya by President Recep Tayyip Erdogan, who criticized the bank for not cutting interest rates quickly enough. The new governor, Murat Uysal, cut borrowing costs by 425 basis points in his first meeting and signaled that more cuts would come.

Erdogan has been a long-time advocate of an unorthodox theory that lowering interest rates will also bring inflation down. Economic convention holds that the opposite is true.

Turkish assets have been buoyed in recent months by a global race to the bottom in interest rates, with central banks from the U.S. to New Zealand slashing borrowing costs to try and counter a global slowdown in growth. That’s left Turkey with one of the highest real returns in major markets — the central bank policy rate is 19.75%, compared with inflation that was at 16.7% in July.

The Turkish lira is the best-performing of the world’s most-traded currencies against the dollar in the past month, gaining 4.8%. It traded 0.3% stronger at 5.4783 to the dollar as of 11:15 p.m. on Thursday.