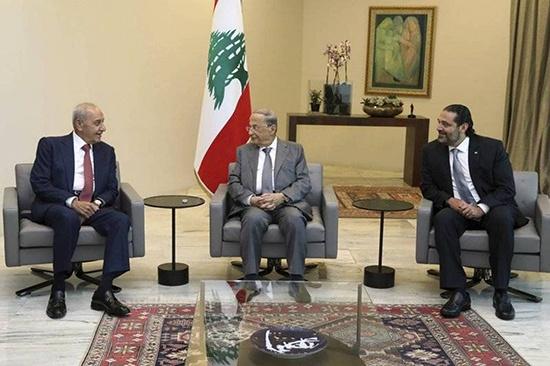 Lebanon is in the grip of an economic crisis, deepened by the political deadlock.

BEIRUT: Lebanon’s prime minister has announced that the Cabinet will finally convene after violence between two political rivals brought the government to a standstill for weeks.

Saad Hariri spoke Friday after a reconciliation meeting in the presidential palace between the rival politicians. Hariri said: “We hope from now on we have a new page.”

Lebanon is in the grip of an economic crisis, deepened by the political deadlock.

Hariri said a June 30 shooting in a mountain village that killed two people will be investigated by a military tribunal. Rival groups have been divided over how to proceed with the investigation. One faction, led by Druze leader Walid Jumblatt, said it was pressured by the militant group Hezbollah and its allies.

The Cabinet will convene Saturday.