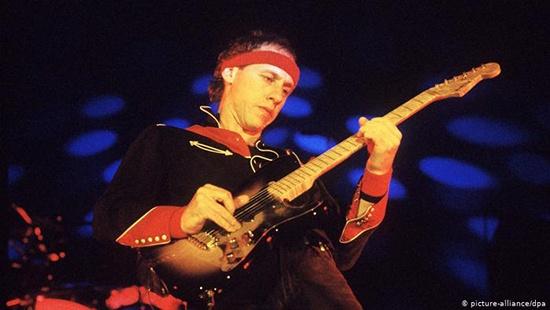 DW -Mark Knopfler’s unique guitar playing made Dire Straits world famous. But he has never enjoyed life in the spotlight. As the musician who marked rock history turns 70, here’s a look back at the anti-star’s career.

Nostalgia is not guitarist Mark Knopfler’s strong suit. The successful British band Dire Straits’ frontman, who now turns 70, finds looking back as unpleasant as life in the limelight.

Knopfler was born on August 12, 1949 in Glasgow. His mother was a teacher, his father was a Hungarian architect who had fled his country in 1939 because he was close to the Communists. Knopfler discovered music as a child. His uncle’s piano playing sparked his passion for music, and his parents gave him his first guitar. While he was a student, Knopfler worked first as a reporter and farm hand and later as an English teacher, until he founded Dire Straits with his younger brother David in 1977.

Breakthrough with ‘Sultans of Swing’

The band name referred to its members’ initial financial situation. The record companies showed no interest until legendary radio DJ Charlie Gillett played a Dire Straits demo tape in his Honky Tonk BBC show, a track called “Sultans of Swing.” Even before the last bar had been played, several record labels called the station to find out who had written the song. In the documentary Mark Knopfler: Guitar Stories, Knopfler and Dire Straits bassist John Illsley discuss guitars recall how they had missed that live broadcast because they were helping someone move.

Their 1978 debut album, Dire Straits, was an international success, establishing the band’s trademark sound marked by the frontman’s unique fingerpicking and a laconic singing style unmistakably influenced by Bob Dylan.