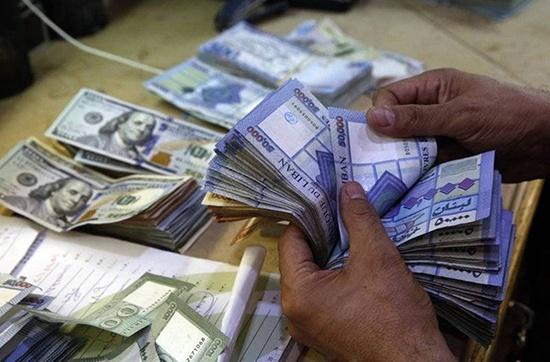 The question comes down to this: will our government default and wreck our pristine reputation (of never having defaulted in the history of Lebanon) all for this sliver of debt?

It’s that season again, and a bunch of experts from the rating agencies are visiting our little country. They’re meeting bankers, the Central Bank, the Ministry of Finance, and experts, to gather data, crunch numbers, and decide if they’ll upgrade (or downgrade) us.

If they meet enough people, invariably, someone will recount the narcissistic urban myth about the economic expert who visited the country in 1947, examined the numbers, and reportedly concluded, “I don’t understand what you’re doing, but keep on doing it.” The unsubtle message to visitors is: “Your numbers may not jive, but you should ignore them just like the expert in the story.”

Despite this story being repeated dozens of times in my lifetime, there isn’t one reliable source which corroborates this incident, and, in fact, Professor Kamal Dib debunks it on P:80 in his book Yousef Beidas: The Intra Empire & Money Sharks in Lebanon.

A typical analyst builds her knowledge on what she’s seen or read before, and extrapolates that to a new situation. This is the reason for her excessive focus on Debt-to-GDP ratio or fiscal deficit, when Lebanon is a unique case; and I don’t mean that in the positive sense that most people think (resilience and nonsense like that). There’s never been a case of a systemic high-interest-bearing scheme, encompassing the whole banking sector, sanctioned and enabled by the government, in which new investors are not paid by deploying their capital in a legitimate cash-generating business, but, instead, get paid interest and principal by old investors, while the real deposit base is being depleted. It’s so inconceivable, so outrageous, that some of the sharpest minds anywhere can’t believe it … or quickly brush off the blasphemous thought when they get a small whiff of suspicion.

I was contacted by a couple of rating agencies, and before you ask me what they said, you should know that it’s illegal for them to give away any information. The reason for this is because of insider trading rules. If someone knew what their decision would be, especially if it’s totally unexpected by the market, she could make a bundle prepositioning for it.

The main thing they focus on is our ability to pay our sovereign debt. Because of my bearish views regarding the consumption of bank deposits to support the fixed exchange rate, most people link this to our credit worthiness at the sovereign level. It might come as a surprise, but I’m actually not as bearish on the sovereign bonds as people might think.

Let’s start with the local currency bonds and treasury bills. Since we can print as many Liras as we like, theoretically, that means it’s almost impossible for us to default on them. Granted, in practice that has not always been the case. Of course, printing a lot of Lira places pressure on inflation and the peg, but that’s a different story. While the Lira you get back might not be worth, in purchasing power, the same as when you first invested, it’s almost certain that you’ll get the very last piaster back, and with interest.

What about the eurobonds? The vast majority are held locally by our banks and the central bank. The last balance sheet report, published in July, stated that the Central Bank holds $2.9 billion. Sources tell me that $5 or $10 billion are held by foreigners. The reason I say $5 or $10 billion, is because we have conflicting numbers from different, otherwise reliable, sources. How can there be two different numbers from two totally trustworthy sources? To get that answer, I had to delve into my previous life, working first as a Delta-1 trader and then as Head of Fixed Income Trading. There are tricks you could pull to look like you have more cash (and less assets) than you really have: equity swaps (despite the name) or repos. These are basically agreements to sell an asset (say Eurobonds) to a bank overseas a few days before the reporting deadline, and buy it back, a few days after. If you do this on $5 billion worth of bonds, you look like you have an extra $5 billion of cash (minus the initial margin) and presto, no bonds. This pads your balance sheet right before reporting deadlines and was quite common in the old days in the US and Europe, although they’ve cracked down on it since. In Lebanon, they haven’t, mainly because most people don’t understand what it is, let alone passed laws to curtail it. And enforcement? Fuhgedaboudit.

Regardless of what the real number is, it’s pretty clear that the vast majority (up to 83%) of the bonds are owned locally. Of course, those numbers are the face value of the bonds, i.e. what our government would have to pay back if held until maturity. They’re trading at a much lower level than face value, so in the market, they might be marked at 75-85% of the face value. This price is almost certainly not the correct market price had these bonds traded freely in overseas markets. Since the majority are held in Lebanon, in addition to their illiquidity, means a small intervention in the market can quickly drive their price to a higher level or whatever we deem the price acceptable to the perceptions we’re trying to project.

The real price, based on our credit rating, might be more like 70% of face value or less. Of course, in the event of a loss of confidence by investors or downgrade, they could be willing to part with them at 50%, which means we can buy back the whole lot held by foreigners at $2.5 billion. How about the rest — how would we pay those back? Since they’re locally owned, it can be resolved “amicably, à la Libanaise.” For example, through a financial engineering (or bridge loan), where the funds get wired to Europe, paid back to the owners, and then back to the reserves, in return for Lira, no different from any other FE that raises fresh funds from overseas (if that’s still possible, by then).

So the question comes down to this: will our government default and wreck our pristine reputation (of never having defaulted in the history of Lebanon) all for this sliver of debt?

What if they do downgrade us, what is the effect? It means that our external borrowing rates will increase and further shut us out of the international debt markets (at acceptable levels). Banks will have to inject capital into their balance sheet, something that the central bank has already preempted by imposing that a large portion of the profits from the last FE be taken into reserves. Interest rates on future FE schemes will probably be higher, because that becomes the sole source of dollars to plug the balance of payment leakage. You, the consumer or corporation, will probably find it much harder and more expensive to borrow money.