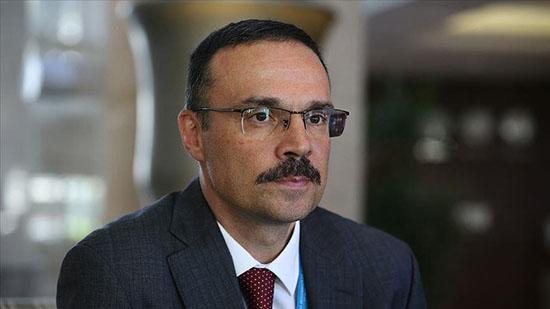 Turkey‘s Asia Anew initiative will help the regions in the Association of South East Asian Nations (ASEAN) to be known better,” according to Turkey’s ambassador to Laos.

“The importance Turkey attaches on Asia and the Asia Anew vision announced during this year’s Ambassadors Conference will help ASEAN region to be known better,” Ahmet -İdem Akay told Anadolu Agency on the sidelines of the annual Ambassadors’ Conference in the Turkish capital Ankara this week.

“We must further improve our mutual relations. They know us very little and so do we,” he added.

Recalling that the first diplomatic relations between Turkey and Laos started 61 years ago, Akay said that Turkish Foreign Minister Mevüt Çacuioğlu’s visit to Laos last year, was a first at this level.

Akay said that the Viennese Embassy opened a year and a half ago was the latest representative inaugurated among 10 ASEAN member countries.

Speaking about the economic ties between the two countries, Akay said the trade volume was $6M in 2017, however it increased to $15M in 2018.

“It was a good start and there is potential too,” he added.

There are tours organized from Turkey to Thailand, Cambodia, Vietnam and Laos and approximately, 700-800 Turkish citizens are visiting Laos every year and around 50-100 Laotians are coming to Turkey, Akay said.

The absence of direct flights is a disadvantage, he added.