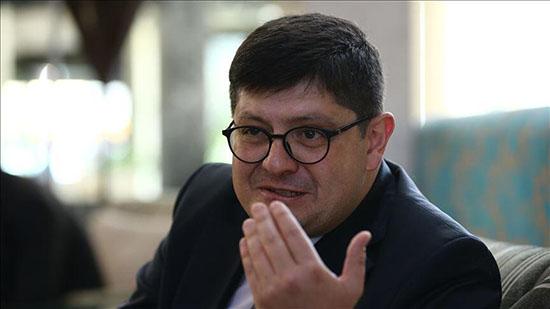 “We think that 130-140 million dollar of trade volume does not reflect the friendship between the two countries,” Ahmet Ergin told Anadolu Agency on the sidelines of the annual Ambassadors’ Conference in the Turkish capital Ankara this week.

“We believe that structures for economic cooperation that can complement each other could be established on the basis of this friendship,” Ergin added.

Turkey–New Zealand relations should set an example for many countries around the world, he stressed.

“When you visit Wellington, you can see traces from Canakkale,” the ambassador said referring to the battle during the World War I.

The Battle of Canakkale which took place in the northwestern Turkish province of Canakkale’s Gelibolu (Gallipoli) district in 1915 marked a turnaround in favor of the Turks against the Allied forces during World War I.

The battle later forged links between Turkey, which emerged as a modern state shortly after the war, and the ANZAC countries.

On March’s deadly terrorist attack targeting mosques in Christchurch, Ergin said it was “an unprecedented event” in the history of New Zealand.

The assault against the Muslims has traumatized all the country, he said.

“Actually, New Zealand was the country with the lowest rates of Islamophobia in the Western world. It was the most tolerant and inclusive country. They have always stated that this attack was carried out against them,” Ergin added.

On March 15, 2019, terrorist Brenton Tarrant attacked two mosques in the city of Christchurch during Friday prayers and killed 51 people and wounded 49 others.

She approached her own citizens like a mother who lost her child, he said.

Ergin also said this bitter experience made the Muslim community in New Zealand stronger and overcome it in solidarity.