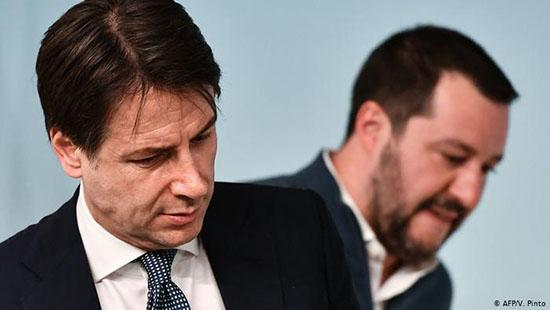 Italy’s League party, led by Interior Minister Matteo Salvini, had called on the Senate to discuss a no-confidence vote. Salvini is keen on forcing new elections, where his party could capitalize on soaring popularity.

The Italian Senate has decided Prime Minister Giuseppe Conte should address the upper house over the crisis next week, postponing a further debate on an ongoing government crisis.

The right-wing League party, the junior coalition partner of the anti-establishment 5-Star Movement, presented a no-confidence motion in the government last week. The Senate rejected the motion to be debated on Wednesday, voting instead to have Conte face the upper chamber on August 20.

It was not clear whether a no-confidence vote would follow. Conte would have to offer his resignation to President Sergio Mattarella if the motion passes.

Interior Minister Matteo Salvini, who leads the League party, pulled the plug on Italy’s ruling coalition last week, seeking to capitalize on his surging popularity by triggering fresh elections that could see him become prime minister. But the 5-Star and center-left parties in parliament are trying to find ways of avoiding an election four years ahead of schedule, instead forming an alternative majority.

Before Tuesday, Salvini’s allies worked to form alliances and get senators to consider the no-confidence motion this week.

“What is more beautiful, more democratic, more dignified than to give the choice back to the people,” Salvini told the Senate in a speech that was constantly interrupted by shouting from other parties.

In a surprise move, Salvini on Tuesday announced that he has accepted a demand by 5-Star to reduce the number of lawmakers from 945 to 600.

The law has been a key policy for the 5-Star movement, which made cutting back highly paid lawmakers and their entourages a key promise to its base.

However, Salvini said the support for the measure must be followed by a national election. He also said the law should apply to the election for which he is pushing.

The cut would require the restructure of electoral boundaries and possibly a new voting system and a referendum before an election can take place, a process that could take months.