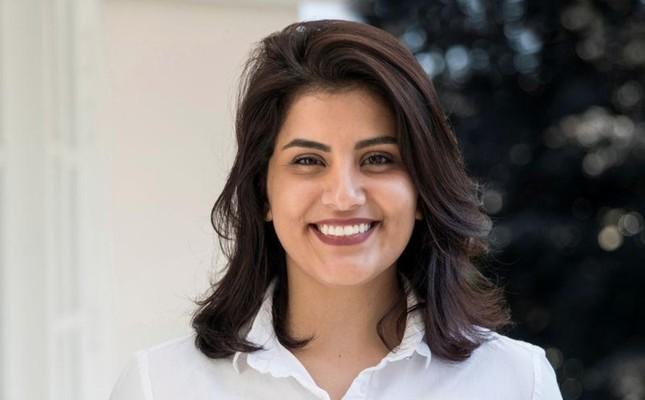 Saudi authorities have offered to release jailed activist Loujain al-Hathloul in exchange for her video testimony denying that she had been tortured and sexually harassed in prison, her family claimed Tuesday.

“The Saudi state security has visited my sister in prison recently. They have asked her to… appear on video to deny the torture and harassment,” her brother Walid al-Hathloul said on Twitter.

Prominent Saudi women’s rights activist Loujain al-Hathloul has rejected a proposal to secure her release from prison in exchange for a video statement denying reports she was tortured in custody, her family said on Tuesday.

Hathloul, along with at least a dozen other women’s rights activists, were arrested over a year ago as Saudi Arabia ended a ban on women driving cars, which many of the detainees had long campaigned for. Local media tarred them as traitors.

Some of the women appeared in court earlier this year to face charges related to human rights work and contacts with foreign journalists and diplomats, but the trial has not convened in months.

The case has drawn global criticism and provoked anger in European capitals and the U.S. Congress following last year’s murder of journalist Jamal Khashoggi by Saudi agents inside the kingdom’s Istanbul consulate.

Rights groups say at least three of the women, including Hathloul, were held in solitary confinement for months and subjected to abuse including electric shocks, flogging, and sexual assault.

Saudi officials have denied torture allegations and said the arrests were made on suspicion of harming Saudi interests and offering support to hostile elements abroad.

The government communications office did not immediately respond to a request for reaction to the comments by Hathloul’s family on Tuesday about a release deal offer.

In March, she and some of the other women described in a closed court session the mistreatment they had experienced, sources familiar with the matter said at the time.

Hathloul’s siblings allege that Saud al-Qahtani, a senior adviser to Crown Prince Mohammed bin Salman who has also been implicated in Khashoggi’s murder, was present during some of the torture sessions and threatened to rape and kill her.

The Saudi public prosecutor has said his office investigated the allegations and concluded they were false.

Hathloul, 30, initially agreed to sign a document denying she had been subjected to torture and harassment, her brother Walid tweeted. The family remained quiet recently in hopes the case could be resolved privately.

But in a recent encounter, Walid said, state security asked her to make the denial in a video as part of a release deal.

“Asking to appear on video and to deny the torture doesn’t sound like a realistic demand,” he added.

The family said she rejected that offer.

Some of the charges against the women on trial fall under the kingdom’s cybercrime law stipulating jail sentences of up to five years, according to rights groups.

Those against Hathloul include communicating with 15 to 20 foreign journalists in Saudi Arabia, attempting to apply for a job at the United Nations, and attending digital privacy training, her brother has said.

Scores of other activists, intellectuals and clerics have been arrested separately in the past two years in an apparent bid to stamp out possible opposition, even as the crown prince pushes to open up Saudi society and end the economy’s dependence on oil.

“That was part of a deal to release her.”

There was no immediate reaction from Saudi authorities and the kingdom’s media ministry did not respond to requests for comment.

Hathloul, who recently marked her 30th birthday in jail, is among around a dozen prominent women activists who are currently facing trial after being detained last year in a sweeping crackdown on dissent.

Hathloul was among a few detainees who accused interrogators of torture and sexual harassment, a charge vehemently denied by the government.

Her brother said she had initially agreed to sign a document denying that she had been tortured, as a precondition for her release.

He added that her family had intended to keep the deal secret.

But state security officials visited her again to prison to demand a video testimony.

“Asking to appear on a video and to deny the torture doesn’t sound like a realistic demand,” Walid tweeted.

Her sister Lina al-Hathloul separately said her sibling was under pressure to deny the torture claim.

“Loujain has been proposed a deal: deny the torture and she’ll be free,” Lina wrote on Twitter.

“Whatever happens I am certifying it (one) more time: Loujain has been brutally tortured and sexually harassed.”

Riyadh has faced pressure from Western governments to release women activists, most of whom were jailed last summer just before the historic lifting of a decades-long ban on female motorists.

Their ongoing trial has cast a spotlight on the human rights record of the kingdom, which has also faced intense global criticism over the murder of journalist Jamal Khashoggi in its Istanbul consulate last year.