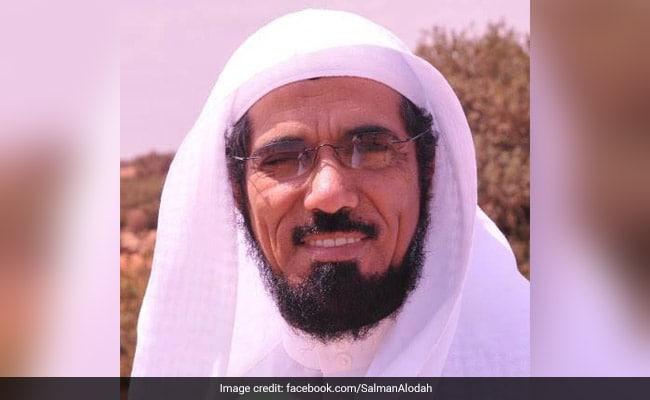 A tweet resulted in Salman al-Odah’s arrest. If he is executed it will be state-sanctioned murder

In September 2017, my father, the prominent Saudi reformist Muslim scholar Salman al-Odah, tweeted an innocuous message to his 14 million followers encouraging the government to end its diplomatic standoff with Qatar. A few hours later he was taken from our home by state security officials. He now faces the prospect of being executed on charges that include spreading corruption by calling for a constitutional monarchy, stirring public discord, incitement and “mocking the government’s achievements”.

Since his arrest he has been held in solitary confinement, where he remains today. He has been mistreated, handcuffed, blindfolded and chained inside his cell, and deprived of sleep and medications – so much so that after five months he had to be taken to hospital. Seventeen members of my family have been banned from travelling; my uncle Khalid was arrested because he tweeted about my father; and I was asked by the Saudi embassy in Washington to go back to Saudi Arabia to “renew my passport”, which has been frozen.

A year after he was taken, my father appeared in front of the notorious specialised criminal court. The SCC was established in 2008 with the sole purpose of prosecuting terror suspects; but since then it has become a tool to hammer out any dissent or activism within the kingdom. It does this either by cowing critics into silence by way of its fearsome reputation, or silencing them permanently by imposing the death penalty. Prosecutions brought before the SCC are often politically motivated with charges so vague – such as the “mocking” accusation against my father – that they would be laughable were the consequences not so grave.

Article 30 of the anti-terrorism law criminalises “directly or indirectly describing the king or the crown prince by any description that defames [their] religion or justice” and considers it an act of terrorism punishable by a minimum of five years in prison. The law further labels as terrorist many rights and activities protected by democratic systems around the world, such as “pressing the state to carry out an act or abstain from doing so”; and its vague language allows the state to arrest anyone on terrorism charges for “harming the kingdom’s interests, economy, or national security”. It is this precise law that allowed the state to try the two prominent women’s rights activists Loujain al-Hathloul and Maysa al-Amoudi in the terrorism court for defying the ban on women driving in 2014.

SCC judges are pressured by the government to hand down the strongest sentence possible. In Saudi Arabia this means beheading or even crucifixion. Last year six judges from the SCC were arrested and interrogated when the outcome of cases they presided over did not meet the attorney general’s expectations. In one case, a judge who exonerated the accused was subsequently held under arrest for many months.

This is the context within which my father was supposed to go to court on 28 July to find out if he was going to be executed. He was, however, not even taken to the court and all we know is that his hearing has been postponed to November. Everything about his case has been completely illegal and unjust. Sadly, my father is by no means the only individual who faces the death penalty on trumped-up charges, nor is he the only prisoner to have been treated so badly.

Many of the others awaiting execution were also sentenced by the SCC for similarly vague, politically motivated charges. In a new report that I have given testimony to the British lawyer Helena Kennedy recommends that everyone currently awaiting the death penalty should have the reasons for their sentence published immediately. Many of those held, such as my father, have said things so innocent and inoffensive that it is clear this is a weak government that cannot handle even the smallest suggestion, let alone criticism.

The Saudi authorities have, of course, resorted to lethal methods beyond the judicial system too – most notably in the gruesome killing of my friend Jamal Khashoggi. However, the court-sanctioned route remains the most popular. What has been done to Khashoggi extrajudicially is possibly what my father faces judicially.

Since Mohammed bin Salman came to power in Saudi Arabia in 2017 there appears to have been a marked increase in the number of executions. In 2010 there were just 27 confirmed. In 2015 158 people were executed, most of whom had participated in Arab spring protests a few years earlier. But this year there have already been 134 victims, with at least 24 more at risk of imminent execution, including my father.

This excess is part of a concerted effort by the Saudi authorities to quash dissent and silence political activists and human rights defenders. It is right that we are outraged. But recent events have demonstrated that international outrage is not enough. Baroness Kennedy’s report recommends that an independent team goes to Saudi Arabia to investigate what is actually happening. We need to push for this.

If they execute my father it will be state-sanctioned murder and they cannot be allowed to get away with it.