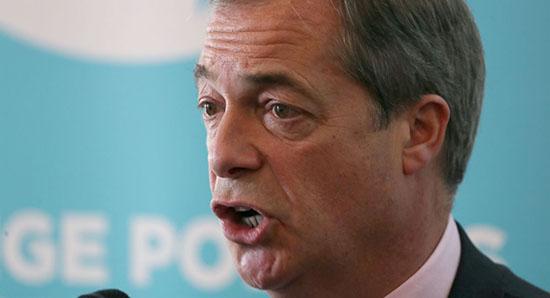 British politician Nigel Farage sparked a wave of controversy with his outspoken criticism of the UK royal family, lampooning Prince Charles’ commitment to environmental causes, poking fun at the late Queen Mother and suggesting Prince Harry’s popularity had ‘fallen off a cliff’ since marrying Meghan.

Brexit party leader Nigel Farage has insisted he is a “big royalist” and hopes the Queen will reign for years, as he renewed his criticism of certain members of the royal family when speaking to MailOnline last night.

Farage panned the Queen’s son Charles again, for “getting involved in politics”, and clarified his earlier comments regarding the Queen Mother, saying:

“I am a huge fan of the Queen and the Duke and have been honoured to meet them a couple of times, I am a big royalist but I have had public run-ins with Charles over politics. I said that the Queen Mother, who I hugely admired, had lived to 101 despite a non-healthy lifestyle and thus I hope that her daughter long outlived her.”

Farage was responding to a wave of controversy caused by his recent outspoken criticism of the royal family.

Although media were barred from the event, The Guardian claimed to have heard a partial recording of Farage’s speech there, with the former UKIP leader allegedly praising Britain’s “amazing, awe-inspiring” Queen saying he hoped she would live “a long time to stop Charlie boy becoming king”.

He then lambasted Prince Charles’ views on climate change and claimed he has interfered in British politics, saying: “Oh dear, oh dear, oh dear. All I can say is Charlie Boy is now in his 70s… may the Queen live a very, very long time.”

The Sydney Morning Herald also quoted Farage as referring to Prince Harry as the “prince of wokeness” due to his decision with Meghan Markle to have only two children due to climate change concerns, with the politician’s spokesman denying any “derogatory comments” had been aimed at Prince Harry.

Farage had also suggested that since marrying Meghan Markle the “young, brave, boisterous” prince had lost his way, with his American wife causing his popularity in his home country to “fall off a cliff”.

Nigel Farage proceeded to double down on his criticism of the royal family in an interview for Sky News Australia on 11 August, lambasting the Prince of Wales, or “Charlie boy”, as he calls him, for his views on climate change and claims he has meddled in British politics.

The politician referenced an incident in 2008 when he refused to join a standing ovation for Prince Charles following his climate change speech in February 2008.

The Brexiteer had said of Charles:

“He came to the European Parliament ten years ago to tell us within seven years the polar ice cap would disappear completely, and at the end of his speech, I refused to stand, I just sat there like that.”

Farage also used the interview to poke fun at the late Queen Mother again, calling her a “slightly overweight, chain-smoking gin drinker who lived to 101.”

Farage’s comments caused a wave of responses on social media, with Twitter users divided over whether he was right to criticise the royals.
Some supported him, writing:

“Well if the Royals are now political then they are fair game for politicians! Can’t have it both ways.”

​Others lashed out at the politician:

Buckingham Palace has refused to comment on the politician’s remarks.