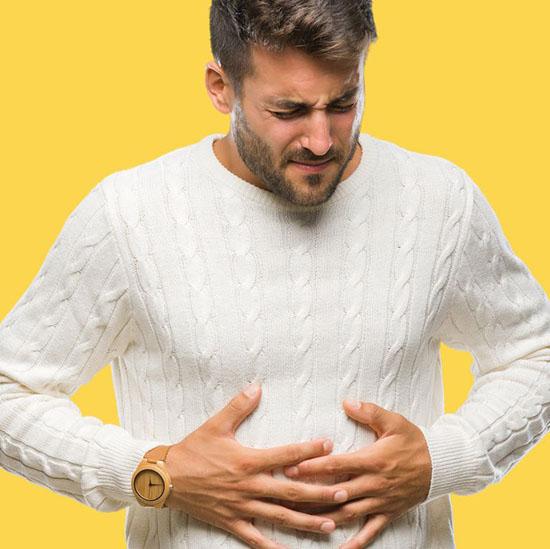 Expert advice on the causes, symptoms and treatment of ulcerative colitis.

Ulcerative colitis is a long term condition where the rectum and colon become inflamed, resulting in frequent stomach pain and diarrhoea. It is most common among 15 to 25 year olds.

But what exactly is ulcerative colitis, and is it dangerous? We look at the causes, symptoms, treatment and prevention:

What is ulcerative colitis?

Ulcerative colitis is a superficial inflammation of the large intestine, not caused by bacteria, which results in ulceration and bleeding. The patient typically experiences alternating periods with no or few symptoms, and periods with frequent stomach pains and diarrhoeathat is mixed with pus, blood, and mucus.

Men and women are equally affected, and usually they are diagnosed between the ages of 15 and 25-years-old, with a smaller peak between 55 and 65 years old.

The exact cause of ulcerative colitis is unknown. Hereditary, infectious and immunological factors have been proposed as possible causes.

What are the symptoms of ulcerative colitis?

The symptoms of ulcerative colitis can vary considerably according to the extent of the disease.

The disease is characterised by periods with diarrhoea, mixed with pus, blood, and mucus, which alternate with periods of few or no symptoms. When the colitis is active, the patient often has mild stomach pains, and sometimes a fever.

How can ulcerative colitis be prevented?

Flare-ups cannot be prevented, but the severity and extent of the attacks can be reduced. It’s important that affected people follow preventive treatments carefully, watch out for symptoms and consult their doctor if there is blood in their stool.

How is ulcerative colitis diagnosed?

Stool specimens are collected for cultivation and microscopy to exclude infection caused by bacteria and parasites. Faecal calprotectin in conjunction with specific symptoms of ulcerative colitis can increase the accuracy of diagnosis before endoscopy.

Stool specimens are collected for cultivation and microscopy to exclude infection caused by bacteria.

The diagnosis is confirmed by means of an endoscopy in the large intestine and the rectum. Small tissue samples from the mucosa are usually obtained during the procedure, which can in many cases confirm the diagnosis.

Some possible complications of ulcerative colitis include:

🔹Inflammation of joints, eyes, and skin

🔹The risk of colon cancer and rectal cancer arises after 10 years of ulcerative colitis. Prior to this, there is no difference in risk to that of the normal population.

🔹In rare cases, life-threatening bleeding, perforation of the intestine, and inflammation of the abdominal cavity may occur.

If the disease cannot be controlled by medical treatment, it can be cured by surgical removal of the large intestine. Severe cases may require hospitalisation.

T cell immunity in the elderly