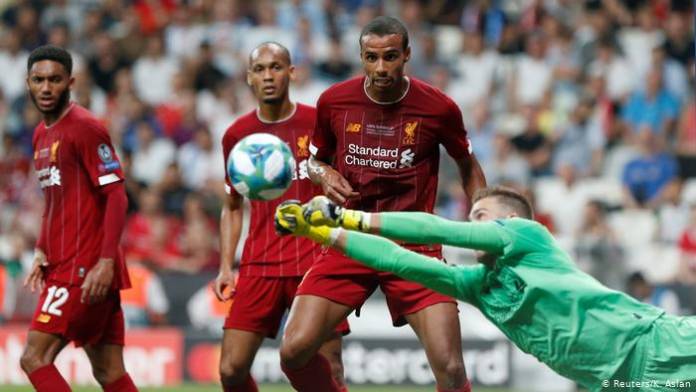 Liverpool have won the UEFA Super Cup on penalties after a 2-2 draw with Chelsea over 120 minutes. Jürgen Klopp starts his season with silverware, but he may not have liked everything that he saw in Istanbul.

Like so many penalty shootouts, Wednesday’s UEFA Super League made for unusual heroes and unfortunate villains.

Nobody could have envied 21-year-old Chelsea talent Danny Abraham stepping up for the 10th penalty knowing that he had to score. And few might have expected in the summer that Liverpool reserve keeper Adrian — drafted in for free to cover the departure of Simon Mignolet, then suddenly thrust into the first team with Alisson’s injury — would save the decisive penalty to win a trophy just weeks into his stay on Merseyside.

Adrian also delivered some strong saves during the course of an end-to-end encounter between two of the English Premier League’s best. However, Jürgen Klopp might have been concerned at how often he was tested. Liverpool’s first midweek fixture and first 120 minute match of the season only served to highlight some of the concerns raised pre-season about the squad’s depth.

Klopp told DW at the end of the previous season that major acquisitions were not likely heading into 2019-20, and that keeping hold of the current squad should be seen as a major coup on the transfer market for the Reds.

He’s stood by this, but his first experimentation and rotation on Wednesday in Istanbul did reveal some of the team’s weaknesses.

Joe Gomez, probably England’s best young center-back, started out of position at right-back to rest Trent-Alexander Arnold. Gomez, Joel Matip and Virgil van Dijk struggled down the right and center of defense in the first half, with Christian Pulisic passing through all three of them to play Olivier Giroud in behind for the opening goal.

After 90 minutes, already perhaps with an eye on a tricky league fixture against Southampton at the weekend, Klopp moved to rest first-choice left-back Andy Robertson. This gave Gomez a chance to show his versatility, moving out to the left of defense as Alexander-Arnold came in for extra time and to later take a penalty.

Klopp’s other theoretical option at full-back, veteran midfielder James Milner, was needed in the center of the park in a tough match against Chelsea. Alexander-Arnold and Robertson will not be able to start 60-or-more matches in another busy season; Klopp will hope to see his alternative plans work more effectively before long.

Could the Fab Three use a fourth?

Brazilian attacker Roberto Firmino was the other notable absentee from Wednesday’s side. Sadio Mane was the nominal number 9, flanked by Mo Salah and Alex Oxlade-Chamberlain — a player bought to contribute more in midfield.

Klopp’s response to a drab first half was to pull Oxlade-Chamberlain and install his “Fab Three” up front in the second period. And Firmino’s impact was immediate. By the 47th minute, he’d put the ball on a plate for Mane to level the score. The Brazilian — actually Liverpool’s last major signing before Klopp’s arrival, despite his importance to the German coach’s system — would go on to set up Mane’s second in extra time, then slot home the first penalty in the shootout.

But still, what was earmarked as a night off turned into a 75 minute shift for Firmino, while Salah played all 120 minutes and Mane 103. Southampton coach Ralph Hasenhüttl will surely not object to this workload before hosting the Reds on Saturday.

Deciding that Daniel Sturridge was surplus to requirements in attack this season puts real pressure on attacking backups Divock Origi, Xherdan Shaqiri and youngster Rhian Brewster. At least one of these players will need to play far more than a cameo role if Liverpool are to seriously challenge Pep Guardiola and Manchester City in the Premiership again. Yet only one of them, Origi, was trusted on Wednesday, and only for a few minutes in extra time.

The alarm bells won’t be sounding too loudly in Klopp’s ears just yet. Not only are Chelsea a top team, they went into Wednesday’s match with a real point to prove after their weekend drubbing at the hands of Manchester United. Nevertheless, Guardiola and City — and indeed chasing sides like Chelsea or United — might be hoping that Wednesday’s game in Istanbul was a sign of greater difficulties ahead for Liverpool, especially if injuries rack up as the season grinds on. 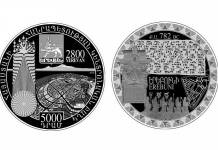