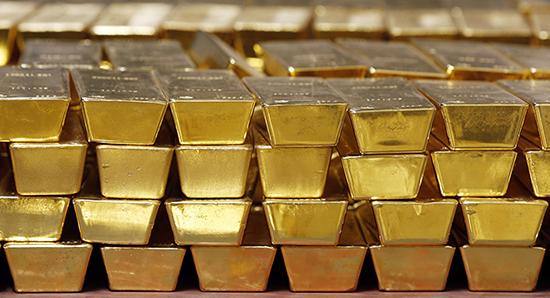 LONDON/BEIJING (Reuters) – China has severely restricted imports of gold since May, bullion industry sources with direct knowledge of the matter told Reuters, in a move that could be aimed at curbing outflows of dollars and bolstering its yuan currency as economic growth slows.

The world’s second largest economy has cut shipments by some 300-500 tonnes compared with last year – worth $15-25 billion at current prices, the sources said, speaking on condition of anonymity because they are not authorized to speak to the media.

The restrictions come as an escalating trade confrontation with the United States has dragged China’s pace of growth to the slowest in nearly three decades and pressured the yuan to its lowest since 2008.

China is the world’s biggest importer of gold, sucking in around 1,500 tonnes of metal worth some $60 billion last year, according to its customs data – equivalent to one-third of the world’s total supply.

Chinese customs figures show it imported 575 tonnes of gold in the first half of the year, down from 883 tonnes in the same period of 2018.

In May, China imported 71 tonnes, down from 157 tonnes in May 2018. In June, the last month for which data is available, the decline was even sharper, with 57 tonnes shipped compared with 199 tonnes in June last year.

The bulk of China’s imports – from places such as Switzerland, Australia and South Africa and usually paid for in dollars – are conducted by a group of local and international banks given monthly import quotas by the Chinese central bank.

But quotas have been curtailed or not granted at all for several months, seven sources in the bullion industry in London, Hong Kong, Singapore and China said.

“There are virtually no import quotas now issued in China,” one source said. In June and July “next to nothing” was imported by banks, they said.

The Chinese central bank did not respond to a written request for comment.

Imports have not fallen to zero because some banks may still be receiving some quotas and other import channels, such as refineries receiving semi-pure mined gold, remain open, four of the sources said.

They said China’s likely motive for restricting gold shipments was to help limit the amount of money leaving the country amid a plunge in the value of the yuan.

Beijing has previously taken steps to curb capital outflows when its currency weakened, such as squeezing the supply of offshore yuan, clamping down on import invoicing and encouraging banks to send home dollars held overseas.

It has also restricted gold import quotas before – most recently in 2016 after the yuan weakened sharply, bullion bankers said.

But not to this degree. It’s “unprecedented,” said an industry source in Asia.

“Gold going in is money going out,” said one of the people, adding that Chinese buyers tend buy dollars to pay for metal. “It’s all linked to what’s going on in terms of how the central bank is handling the currency,” the person said.

The yuan has sunk more than 10% against the dollar since early last year and the central bank this month allowed it to slide below the key threshold of 7-per-dollar for the first time in more than a decade.

While there is no clear official data to gauge capital outflows from China, a popular measure is a component in its balance of payments called errors and omissions, which point to outflows of $88 billion in the first three months of this year, the most on record.

With foreign exchange reserves at $3.1 trillion – the world’s largest – China has the capacity to defend its currency.

So far the effect on the wider gold market has been muted.

A sharp rise in prices has prompted many in China to cash in their gold for profit, boosting local supply, while resurgent demand elsewhere in the world has been strong enough to soak up extra metal.

Slowing global economic growth is pushing more institutional investors, particularly in Europe and North America, toward gold, traditionally seen as a safe place to invest, while central banks are buying at the fastest pace in half a century.

However, the cost of gold in China could rise if the surge in recycled supply fades before import restrictions are lifted, and supply could rapidly exceed demand outside China if institutional investors slow their purchases. 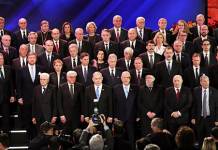 Europe distancing itself from the US while moving closer to Russia 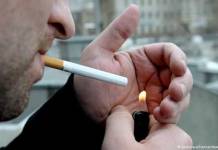 No doubt e-cigarettes harmful: WHO