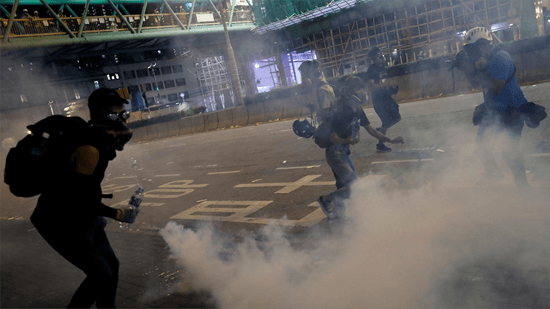 The United States has a habit of involving itself in political unrest all over the world, Ron Paul said, noting that Washington lacks the moral authority to lecture China about the unrest in Hong Kong.

The former Texas congressman and presidential candidate said that he wasn’t surprised by reports of US involvement in demonstrations that have rocked Kong Hong since March.

“No matter where there’s a revolution starting or stirring, we’re there, because we have a lot at stake,” he told Politicking host Larry King.

Paul sharply criticized statements made by House Speaker Nancy Pelosi and other US lawmakers warning China of consequences if the crisis in Hong Kong wasn’t settled to Washington’s liking.

He argued that using political unrest in the semi-autonomous territory to “attack” China is “foolish.”