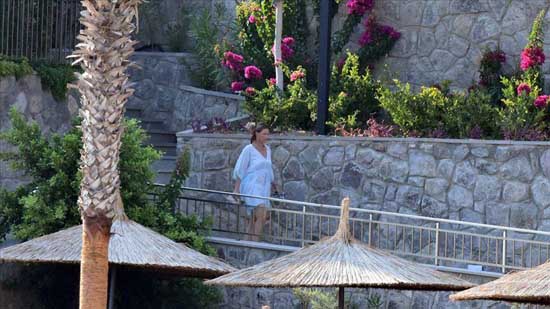 The Norwegian princess and her fiance attended a dinner on Aug. 17 in Turkey‘s southwestern province of Muğla on the coast of the Aegean Sea.

Martha Louise and Shaman Durek arrived on Aug. 16 in Muğla — a prime global tourist destination which hosts millions every year.

Speaking at the event, Ahmet Aras, the mayor of the province’s Bodrum district, said he was happy to host the Norwegian princess, underlining that the province was a significant destination with rich history and culture.

The princess and her fiance were familiar already with the province, where they would stay there for the next couple of days, said Benan Saraç, the event’s organizer.

Visitors were given several gifts and a portrait of Mustafa Kemal Atatürk, the founder of the Republic of Turkey.