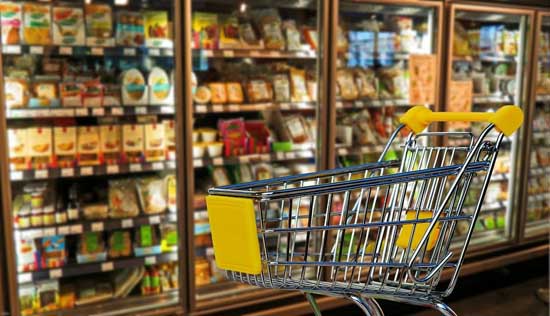 The IHS Markit Household Finance Index dropped to a three-month low of 43.7 in August from 44.3 in July, and households’ appetite to make major purchases fell at the second-fastest rate since September 2017.

“The Brexit haze, uncertainty over the political environment and the increased possibility of the UK entering recession appear to have dented expectations,” IHS Markit economist Joe Hayes said.

Prime Minister Boris Johnson has promised to take Britain out of the European Union by Oct. 31, even if that means leaving without a transition deal – something most economists think would put the country at high risk of recession.

Trade conflict between the United States and China, and a surprise contraction in British economic output in the three months to June, have already raised concerns in financial markets about the outlook for growth.

However British consumers have largely shrugged off Brexit worries so far, due to a solid job market and wages that are rising at their fastest rate in 11 years.

Most households still expect the BoE’s next move to be to raise interest rates, IHS Markit said, but the proportion expecting a cut increased to its highest since October 2016 at 23% this month, up from 16% in July.

Worries about job security were also the greatest since March, when Britain was originally due to leave the EU. The British government decided to delay Brexit after parliament rejected its exit plan.

The majority of households expecting higher rates may please the BoE, which said this month it still expects to raise interest rates if Brexit goes reasonably smoothly and the world economy picks up.

But that stance is at odds with expectations in financial markets, which – due primarily to the risk of a no-deal Brexit – have largely priced in a 25 basis point rate cut by the time Governor Mark Carney steps down at the end of January. BOEWATCH