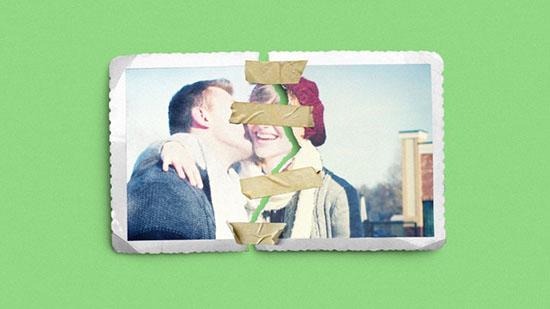 Is it a cruelty or a kindness to suggest friendship during a breakup?

A weird thing happened to Rebecca Griffith, a graduate student at the University of Kansas, when she began presenting her research findings on “post-dissolution friendships”—friendships between two people who have broken off a romantic relationship—at conferences a few years ago. It was unusual research, certainly; only a few studies had ever attempted to suss out what factors made a post-breakup friendship a success or a bust, and after her presentations, Griffith often took questions from other scientists and peers in her field. But the query she encountered most often was not about her conclusions, or her methodology, or her data analysis. It was, “Should I stay friends with my ex?”

The questions of whether and how to stay friends with an ex–romantic partner are, as Griffith can attest, both complex and universal. Scan through the portion of the internet that’s devoted to crowd-sourcing answers to hard questions, for example, and you’ll find endless iterations of this conundrum: On forum sites like Quora and Yahoo! Answers, as well as Reddit pages like r/relationships, r/teenagers, and r/AskReddit, both dumpers and dumpees seek advice on what it means to want to stay friends, whether to agree to stay friends, and whether to ask to stay friends.

The anxiety over “I hope we can still be friends” likely stems from uncertainty over what exactly is meant by it, or whether the gesture is a sincere one. To utter it during a breakup conversation is either a kind and helpful way to lessen the pain of parting or the cruelest part of the whole endeavor, depending on who you ask. An attempt to stay friends may be a kindness if it suggests an attachment or a respect that transcends the circumstances of the romantic relationship, for instance. It can be a cruelty, however, when it serves to pressure the jilted party into burying feelings of anger and hurt. And some would say that breaking someone’s heart and then requesting the continued emotional investment that’s inherent to an actual, functioning friendship is simply an unfair thing to do.

As a result, how to interpret or act on the suggestion of a post-breakup friendship is one of the great everyday mysteries of our time. Perhaps the emphasis there belongs on “our time”: Researchers and historians suspect that the impulse to stay friends, or the impulse to at least stay on good terms after a breakup, has developed only in the past few generations. As a recently common component of the eternally common practice of breaking up, “I hope we can still be friends” reveals truths about the modern state of both romance and friendship.

There are four main reasons, Rebecca Griffith and her colleagues found, why exes feel compelled to maintain a friendship or to suggest doing so: for civility (i.e., I want this breakup to hurt less than it will otherwise), for reasons relating to unresolved romantic desires (I want to see other people but keep you within reach in case I change my mind), for practicality (We work together/go to school together/share mutual friends, and thus we should stay on good terms to minimize drama), and for security (I trust you and want you to remain in my life as a confidant and supportive presence).

To some, perhaps, that will seem obvious; indeed, several of the results in Griffith’s study, which was published in the research journal Personal Relationships, serve to confirm what many already know in a marrow-deep way to be true. For instance, Griffith and her team found that friendships resulting from unresolved romantic desires tended to lead to the most negative outcomes, like feelings of sadness, challenges moving on romantically, and disapproval from other friends. Friendships formed between exes for “security,” meanwhile, produced the most positive outcomes and the highest-quality friendships. (One surprising finding was that extroverted people were less likely to remain friends with an ex–romantic partner. Because extroverts tend to make friends easily, this wasn’t what Griffith and her team expected. “But maybe they’re so good at becoming friends with people they don’t need this [particular] friendship,” she said.)

The popularity of post-breakup friendships over time hasn’t been well studied. But the researchers and historians I spoke with for this story generally agreed that in the history of relationships, staying friends (or attempting to) is a distinctly modern phenomenon, especially among mixed-gender pairs. The experts also agreed that two of the concerns that most often lead to an offer of post-breakup friendship—the worry that a social group or workplace will become hostile, and the worry that the loss of a romantic partner will also mean the loss of a potential friend—are relatively modern developments themselves, made possible by the integration of women into public society and the subsequent rise of mixed-gender friendships.

When Rebecca Adams, a sociology professor at the University of North Carolina at Greensboro, began researching cross-gender platonic friendships in the late 1970s, she found that women who were born around the turn of the century were unlikely to name men among their friends: “Those women had grown up in an era where if you had a male friend, it was because he was part of a couple” with whom you and your husband were friends, she told me. For much of the 20th century, she says, the assumption was that the things men and women did together were date, get married, and have families.

Adams says that began to change as more women joined the workforce and pursued higher education; while some 30 percent of American workers were female in 1950, by 1990 women accounted for nearly half the workforce. Prior to the middle of the 20th century, Adams noted, “women and men just weren’t assumed to have much in common. Women weren’t as well-educated as men, and didn’t enter the workforce as frequently as men.” But as more women began to hold jobs and attend classes alongside men—and socialize with them over lunch or commiserate about the boss after work—men and women started to develop friendships. And when a platonic friendship between a man and woman became a more realistic proposition in its own right, Adams says, so did a platonic friendship between a man and woman who used to date. (Women’s entry into the workforce also allowed mixed-gender romances to blossom—and wilt—at work, creating a common condition in which exes will run into each other.)

Other factors, like the advent of the birth-control pill and the federal protection of abortion rights in the late 20th century, made it less likely that any given sexual partner would accidentally end up a parenting partner, Adams noted—which relaxed the rules of romantic relationships considerably. That freedom helped normalize the idea that a person could have multiple lovers or companions over the course of a lifetime, and made necessary some system of protocols for what might happen if two former romantic partners remained within the same social group after breaking things off.

Nowadays, Adams told me, “men and women have more in common than they used to, and there’s a stronger foundation for friendship,” and young, unmarried people in particular tend to have what she calls “gender-heterogeneous” networks of friends.

Young, unmarried Americans are a particular specialty of Alexandra Solomon, an assistant professor of psychology at Northwestern University who teaches the university’s often analyzed Marriage 101 course. And indeed, in her conversations with college-age young adults over the past 10 years, she’s seen the “friend group”—a multimember, often mixed-gender friendship between three or more people—become a standard unit of social grouping. Now that fewer people in their early-to-mid-20s are married, “people exist in these little tribes,” she told me. “My college students use that phrase, friend group, which wasn’t a phrase that I ever used. It was not as much like a capital-F, capital-G thing like it is now.” Today, though, “the friend group really does transport you through college, and then well into your 20s. When people were marrying by 23, 24, or 25, the friend group just didn’t stay as central for as long as it does now.”

Many friend groups are strictly platonic: “My niece and nephew are in college, and they live in mixed-sex housing—four of them will rent a house together, two guys and two gals, and no one’s sleeping with each other,” Solomon said with a laugh. Solomon, who’s 46, added that she couldn’t think of a single example, “in college or even post-college, where my friends lived in mixed-sex situations.” Still, she notes, being in the same friend group is how many young couples meet and fall in love—and when they break up, there’s added pressure to remain friends to maintain harmony within the larger group.

Solomon believes this same reasoning could also contribute to same-sex couples’ reputation for remaining friends. Because the LGBTQ population is comparatively small and LGBTQ communities are often close-knit as a result, “there’s always been this idea that you date within your friend group—and you just have to deal with the fact that that person is going to be at the same party as you next weekend, because you all belong to this relatively small community.” Though many surely still cut ties completely after a breakup, in Griffith’s study, LGBTQ participants indeed reported both more friendships with exes and more likelihood to remain friends for “security” reasons.

Keeping the friend group intact “might even be the prevailing concern” in modern young people’s breakups, says Kelli María Korducki, the author of Hard to Do: The Surprising, Feminist History of Breaking Up. When Korducki, 33, went through the breakup that inspired her book, she told me, one of the hardest parts of the whole ordeal was telling their shared friends. “Their faces just fell,” she remembers. In the end, she and her ex both kept hanging out with their friends, but separately. “It changed the dynamic,” she told me. “It just did.”

Korducki also wonders, however, whether the popularity of staying friends or attempting to stay friends after a breakup may be tied to the rise in lonelinessand the reported trend toward smaller social circles in the United States. For one thing, people living in a lonelier society might also have a more acute awareness of the potential value of hanging on to someone with whom they’ve invested the time and energy to develop a rapport. Plus, she suggested, staying friends can help preserve the other social connections that are tied to the defunct romantic pairing.

“If you’re in a relationship with somebody for a long time, you don’t just have a bunch of shared friends. You probably have a shared community—you’re probably close to their family, maybe you’ve developed a relationship with their siblings,” Korducki says. Or perhaps you’ve become close with that person’s friends or colleagues. Staying friends, or at least staying on good terms, could help preserve the extended network that the relationship created.

Adams, the friendship researcher, agrees, for the most part; she, like other sociologists, has doubts about the veracity of claims that Americans’ social networks have shrunk. But she does put some stock in the idea that “I hope we can still be friends” is indeed symptomatic of a newly widespread recognition of the importance of friendship—both the close and emotionally supportive kind of friendship, and the kind in which “We’re friends” means something more like “We’re on good terms.”

“I think there’s more recognition now of the fact that friends are resources in the way that we’ve always known family members were,” Adams told me. “There’s a lot more awareness now of the importance of friendship in people’s lives, that our fate is not just determined by our families of origin, but our ‘chosen’ families.”

Lessons from the ancient philosophers to help improve our lives today