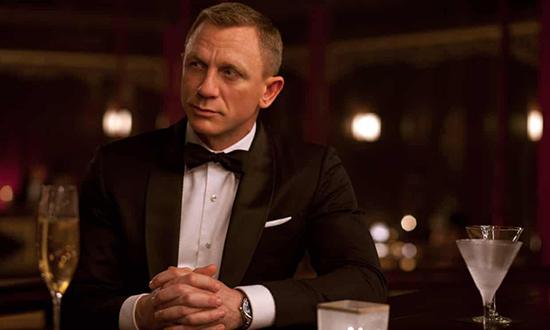 Latest 007 caper, directed by Beasts of No Nation’s Cary Fukunaga, is set to to be Daniel Craig’s last outing as the superspy

It has been revealed that the 25th James Bond film will be called No Time to Die.

The news was announced via the franchise’s official Twitter feed and YouTube channel in a short video that sees star Daniel Craig walk onto screen. The latest 007 adventure has faced a number of problems throughout pre-production and during the shoot itself.

The follow-up to Spectre was originally set to be directed by Oscar-winning film-maker Danny Boyle but he left the production over creative differences in 2018. Beasts of No Nation and True Detective director Cary Fukunaga was then announced as his replacement.

Fleabag star and creator Phoebe Waller-Bridge was later brought in by Craig to give the script a polish and add more humour. “The important thing is that the film treats the women properly,” she said to Deadline. “He doesn’t have to. He needs to be true to this character.”

During production, Craig injured his ankle and had to undergo minor surgery while soon after a controlled explosion led to a crew member suffering injuries. In June, a man was then charged with hiding a camera in the women’s toilets.

The cast also includes returning actors Ralph Fiennes, Naomie Harris, Rory Kinnear, Ben Whishaw, Léa Seydoux and Christoph Waltz as Blofeld. New cast members include Oscar winner Rami Malek as the lead villain and Captain Marvel star Lashana Lynch as a character who is rumoured to be taking over from 007 at the end of the film, set to be Craig’s last. Grace Jones was set to make a cameo but reportedly quit after discovering how few lines she had.

In the film, Bond has left active service and is enjoying a tranquil life in Jamaica. His peace is short-lived when an old friend from the CIA turns up asking for help. The mission to rescue a kidnapped scientist turns out to be far more treacherous than expected, leading Bond onto the trail of a mysterious villain armed with dangerous new technology.