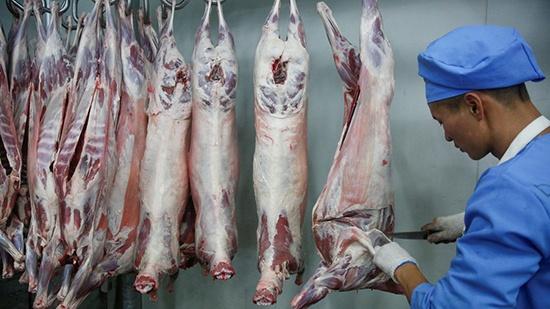 “If you’re just somebody concerned with suffering of animals, wouldn’t it be more logical to begin with what happens on a daily basis in our industrial agriculture – raising pigs, raising chickens?” Zizek asked. “Why all of a sudden the focus on [ritually slaughtered] animals?”

I think this is a clear indication of the political background. That it’s really, if I may use these lightly paranoi[d] terms, a right-wing racist measure masked by ecological concerns.

A ban on kosher and halal slaughter takes effect in Belgium’s region of Wallonia next month, while a similar ban was enacted in Flanders in January. Ostensibly adopted for animal welfare reasons, the law requires livestock to be electronically stunned prior to slaughter, contrary to Jewish and Muslim methods which require animals to be in perfect health before they are killed with a single slash to the throat.

Religious groups are up in arms at the incursion on their traditions and have called the measures little more than thinly-veiled antisemitism and Islamophobia.

Zizek doesn’t see this as a battle of animal rights against religious freedom. Instead he feels it’s an ominous victory for “right-wing ecology” over the Muslims and Jews, whom the far right sees as “part of the same bloc to destroy Western Europe.”