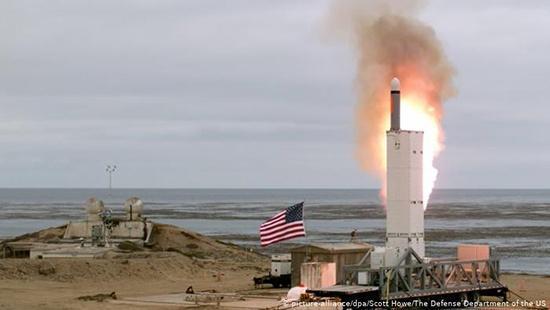 After the dissolution of the Cold War-era nuclear arms treaty, Russia says America is “ready for an arms race.” The US, in turn, says it refuses to “stand idle” as Moscow continues building up its arsenal.

Russia and the US exchanged barbs at a UN meeting on Thursday, each accusing the other of risking a new arms race, while China stood by and asserted it would not be involved in any new missile deal.

Earlier this month, the US and Russia abandoned the Intermediate-Range Nuclear Forces (INF) treaty, a Cold War-era pact, after each blamed the other for violating the accord.

Russia requested the UN Security Council meeting after the US tested a ground-launched, medium-range cruise missile earlier this week, the type of potentially nuclear-capable weapon whose testing was banned by the treaty.

Deputy Russian Ambassador to the UN Dmitry Polyanskiy criticized what he called American “hypocrisy,” asserting that the US “consistently and deliberately violated the INF treaty for some time,” and that the missile test on August 18 proved it.

Polyanskiy also told the Security Council that the test showed “America is ready for an arms race,” while Russia was ready for “serious dialogue” regarding arms control.

In response, Polyanskiy’s US counterpart, Jonathan Cohen, said Russia had decided more than a decade ago to violate its INF treaty obligations, and has deployed multiple battalions of ground-launched cruise missiles “with the ability to strike critical European targets.”

Cohen also said that Russia and China “would still like a world where the United States exercises self-restraint while they continue their arms buildups unabated and unabashed.”

Cohen instead argued for what he called a new “serious arms control” deal that would also include China and “goes beyond treaties focused on limited types of nuclear weapons or missile ranges.”

China’s UN ambassador, Zhang Jun, said that Beijing had “no interest” in entering into such a treaty with the US and Russia.

The US missile tested on Sunday was a version of the nuclear-capable Tomahawk cruise missile. The ground-launched version of the Tomahawk was removed from service after the Intermediate-Range Nuclear Forces (INF) Treaty was ratified in the late 1980s.