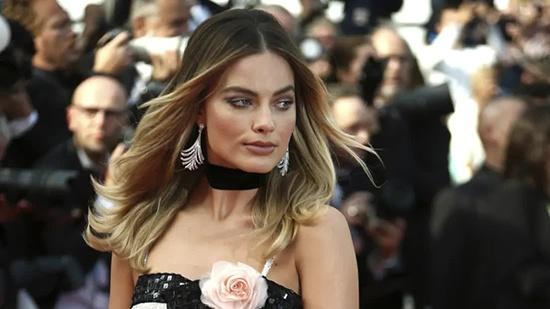 Margot Robbie has landed a spot on Forbes‘ list of the top 10 highest-paid actresses for the first time.

Robbie raked in estimated earnings of $US23.5 million ($34.8 million) between July 2018 and July 2019, placing her in eighth position on the list, just behind fellow Forbes newcomer Elisabeth Moss who earned $US24 million thanks to her starring role in dystopian drama series The Handmaid’s Tale.

While Martin Scorsese’s The Wolf of Wall Street launched Robbie into the Hollywood limelight, it wasn’t until the release of DC comic blockbuster The Suicide Squad in 2016 that Robbie’s personal pay cheques increased markedly.

Her wealth has been bolstered by her production company LuckyChap Entertainment, which she co-founded in 2014 and has a first-look film and television deal with Warner Bros. Pictures and Warner Bros. Television, and produced I, Tonya, which grossed $US53.9 million worldwide in 2017.

Robbie is appearing in three films this year: Quentin Tarantino’s box-office hit Once Upon a Time in Hollywood; thriller Dreamland, which is produced by LuckyChap Entertainment; and the Gretchen Carlson story Bombshell, alongside Nicole Kidman and Charlize Theron.

Kidman came in fourth on the Forbes list with $US34 million, while Theron just trailed Robbie in ninth place, with earnings of $US23 million.

It was Scarlett Johansson who once again proved the superhero super-earner, topping the list for the second year in a row.

The 34-year-old, who recently starred as Black Widow in the highest-grossing film of all time, Avengers: Endgame, made an estimated $US56 million, according to the list.

Modern Family star Sofia Vergara came in second with $US44.1 million, while Reese Witherspoon, who produces and stars in the hit HBO drama Big Little Lies, ranked third with $US35 million .

Together, the world’s 10 highest-paid actresses grossed a combined $US314.6 million, which was a 69 per cent improvement on last year’s cumulative total but far behind the top 10 actors’ $US588.3 million.

Leading the pack on that list were Dwayne ‘the Rock’ Johnson on $US89.4 million, Australian actor Chris Hemsworth on $US76.4 million and Avengers stalwart Robert Downey Jr. on $US66 million.

Forbes’ estimates are based on market research data, box office sales, and interviews with industry insiders.

US withdraws from anti-terrorism front with Taliban peace deal