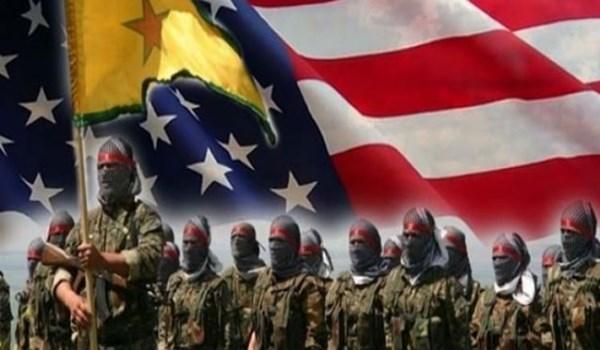 TEHRAN (FNA)- The Kurdish-majority Syrian Democratic Forces continue to crack down on public dissent in Eastern Syria as hundreds of the US military trucks carrying military equipment arrived in Hasaka province to back up the SDF.

The Kurdish militia dispersed the crowd by firing at them. The protesters shouted against SDF’s corruption, plundering oil and public assets as well as closing al-Salehieh crossing which is linked to the areas under the Syrian Army’s control.

Meantime, the Arabic-language al-Watan newspaper reported that a new military convoy comprising over 200 trucks carrying US weapons as well as military and logistic equipment arrived in Ra’as al-Ain region in Northwestern Hasaka near the border with Turkey through Simalka passage between Iraq and Syria.

In a relevant development on Saturday, the US Army dispatched a large military convoy comprised of tens of heavy trucks carrying military tools and weapons to Eastern Syria to support the Kurdish militias’ secessionist goals as popular protests against the Washington-backed militants have risen in Eastern Euphrates.

It noted that the move has taken place in line with US-led coalition’s support for the secessionist goals of the SDF in Eastern Euphrates.

Al-Watan newspaper, meantime, pointed to the dispatch of 555 military trucks carrying military equipment and logistical supplies to the US-controlled military base in Ain Issa in Northern Raqqa.

The daily also pointed to the dispatch of weapons and military equipment to the Eastern parts of Euphrates despite the US declaration of end of the ISIL in Eastern Euphrates.

The media activists in Eastern Syria also pointed to large-scale popular protests against the presence of the US-backed troops in Eastern Syria, and said that the Kurdish militias, backed by the US Air Force, have arrested over 100 residents of the town of al-Tayaneh in Southern part of al-Mayadeen City in Eastern Deir Ezzur.

Hasaka and Deir Ezzur provinces have been the scenes of large-scale protests over recent years concurrent with intensified tensions in SDF-controlled areas.