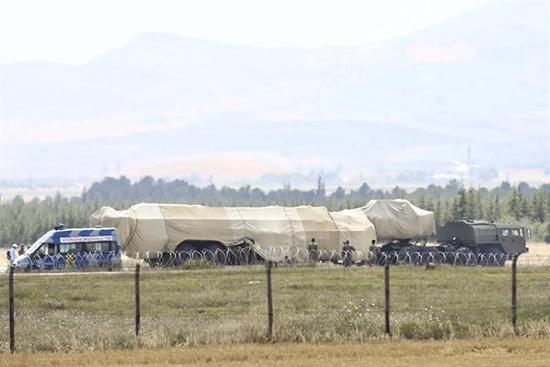 Turkey on Aug. 27 received the second shipment of the Russian S-400 air defense systems, the Defense Ministry has announced.

“The delivery process will endure around one month,” the ministry said through a written statement on Aug 27.

The delivery of the first battery was completed between July 12 and July 25, the statement recounted.

A Russian cargo plane landed at Mürted Air Base near Ankara just like it did during the delivery of the first batch of S-400 components.

The statement recounted that the deal on the S-400 supply was made on April 11, 2017 between

Turkey and Russia as a result of bilateral talks commenced in November 2016.

Turkey on July 12 received the first shipment of the Russian S-400 air defense systems. Since then, cargo flights from Russia have been arriving on Mürted Air Base in the capital Ankara.

The deployment of the first batch of the systems will be completed by the end of the year, and total deployment will finalize around April 2020, President Recep Tayyip Erdoğan had said.

Erdoğan in September 2017 announced that Turkey and Russia signed an agreement regarding the procurement of the S-400s.

U.S. President Donald Trump, however, has repeatedly voiced reluctance to penalize Turkey over its purchase of Russia’s S-400 missile defense system, doing so when announcing Ankara’s removal from the F-35 Joint Strike Fighter program in July.

The Trump administration has maintained that the S-400 system could expose the advanced fighter to possible Russian subterfuge and is incompatible with NATO systems.

Turkey, however, counters that the S-400 would not be integrated into NATO systems and would not pose a threat to the alliance.

Trump blames the Obama administration for the current row over its refusal to sign a deal with Turkey to sell it American defense firm Raytheon’s Patriot missile system.

Turkey is expected to be fully removed from the F-35 program “about a year from now as we work through the production, sustainment and follow-on development memorandum of understanding, which is the over-arching document for the partnership,” Ellen Lord, the Pentagon’s procurement chief said on Aug. 27.

The two Turkish F-35s that were already purchased remain at Luke Air Force Base in Arizona, Lord said, adding “we are working through a variety of different courses of action right now on how we work through that.”