There were more leading roles for women and people of colour in blockbusters in 2018 than any previous year, according to a new survey. USC’s Annenberg School for Communication and Journalism’s annual study has recorded a marked increase in the breadth of representation in mainstream Hollywood movies, suggesting that the industry has responded to recent criticism about on-screen diversity.

Twenty-seven films had a non-white lead or co-lead – up from 21 films the previous – of which 11 were women, up from four in 2018. High-profile films that afforded such opportunities – and reaped the critical and commercial benefits – include Crazy Rich Asians and Black Panther, which was nominated for the best picture Oscar and is the 11th highest grossing film of all time.

“The good news is companies are making more of an effort to be inclusive,” said Stacy L Smith, director of the USC Annenberg Inclusion Initiative. “We’re seeing movement. Of course we always want it to be faster, but all of the activism and advocacy appears to be yielding results. Studios are recognising that all that mythologising about who can lead a film or carry a film was just that: mythologising.”

There was less progress for other minorities. Just 1.3% of characters in the year’s top 100 box-office hits were LGBTQ, and none were transgender. Just 2% of characters had a disability – a four-year low.

“You’re basically seeing the erasure of whole communities,” said Marc Choueiti, programme director at the Annenberg Inclusion Initiative and another of the study’s authors.

While women were shown more prominently on screen, they were provided with fewer clothes to wear, with just under 30% of female characters shown in a state of undress, compared with 7.4% of male characters. Women were also three times more likely to have a nude scene.

The study also identified 44 as a key cutoff age for female actors seeking leads, with 11 films featuring a woman of that age, compared with 24 featuring men.

Behind-the-camera representation remains worse. Across the 12 years the survey has been analysing the industry, 4.3% of directors were female and 3.2% were Asian: figures that remain essentially static. The study argues that one reason for the substantial increase in the stories of black characters over the past year was the increase in black directors from six to 15. 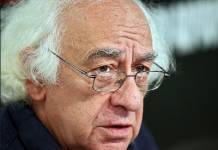