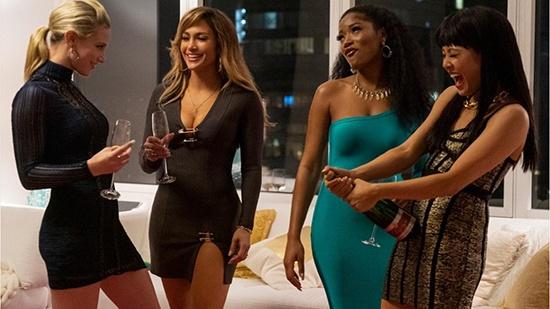 Pole dancing studios and mainstream gyms across the country are seeing a boost in business with hype surrounding Jennifer Lopez’s new movie “Hustlers” about a group of strippers who seek revenge on their Wall Street clients.

On Thursday, Lopez revealed learning to pole dance like a stripper was “one of the hardest things I’ve ever done physically” while sharing intimate new video of her intense training behind the scenes.

50-year-old Lopez enlisted the help of veteran pole dancer Johanna Sapakie to train for her role in the film.

“The goal was to make her look like she’s been doing it for decades. She came into the process very fit, but within the training process, everything got even tighter, even leaner, and even more toned,” Sapakie told FOX Business.

Sapakie installed portable stripper poles in Lopez’s homes in Miami, Los Angeles and New York City, and assigned Lopez to go to a strip club one night as homework for Hustlers, out Sept. 13.

Crunch Fitness, one of the first gym chains to offer pole dancing at a mainstream gym in 2005, has seen a spike in demand for more classes in the past month.  Brookelyn Suddell, director of group fitness at Crunch, told FOX Business the gym has up to 1,000 pole dancing students each month nationally and expects more after movie premieres.

Virgil Avery, a former Division I football player, opened up Foxy Fitness and Pole in New York eight years ago. Avery says nearly 20 of his students were selected as professional dancers in the “Hustlers” movie.

“Stripping is one aspect of pole dancing, we’re trying to take it to another level in a space where it has never been before.”

Physical thearapist and movement coach Misty Austin calls pole dancing a sport and even recommends it as therapy for some of her clients.

“In its infancy, pole dance was originally promoted as a fitness trend, the marketing seemed to try to wipe itself clean of the exotic origins to be accepted by the mainstream as a sport,” Austin said.