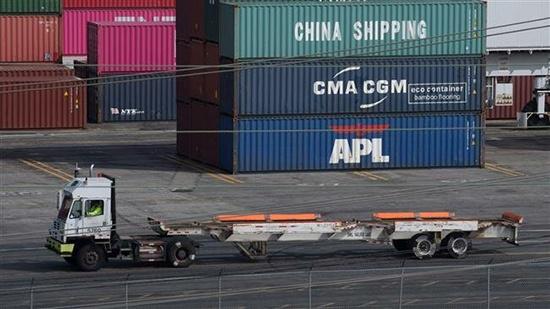 The United States and China are more divided on their ongoing trade war, with a lasting peace seeming more elusive than ever, despite their pledge to meet again in October to settle the dispute.

Since trade negotiations between Washington and Beijing broke down in May, both countries have added tariffs on billions of dollars of the others’ goods, traded public insults and broken good faith promises.

Leaders from both countries are now vowing a long fight, despite slowing domestic economies. Neither side has signaled it would shift from positions that led to the impasse in May.

The administration of US President Donald Trump has accused Beijing of reneging on commitments to enact economic reforms, while China called US tariff’s “barbaric.”

Deputies from the US and China trade teams will talk in mid-September to prepare for negotiations between US Trade Representative Robert Lighthizer, Treasury Secretary Steven Mnuchin, and China’s Vice Premier Liu He in early October.

US officials have previously said that the resumption of talks would depend on China returning to the original May deal text, but there has been no sign that China has agreed to take that step.

Beijing has stated three main obstacles in the trade negotiations. They are the removal of US tariffs imposed in the trade war, reduction of the scale of American goods purchases that China will make to help reduce the US trade deficit between the two, and the need for a “balanced” text for any trade deal.

China also wants the United States to lift restrictions on Huawei, the world’s largest telecommunications equipment maker. In May, the Trump administration restricted Huawei from doing commerce with US companies and is lobbying other countries to reduce dealings with the firm.

The Trump administration has imposed 25 percent tariffs on $250 billion worth of imported goods from China. Those US tariffs are now due to rise to 30 percent from October 1. Another $300 billion of Chinese imports face 15 percent US tariffs, some of which began September 1, with the rest to start December 15.

China has demanded that all tariffs must be lifted immediately if a trade deal is reached, but the US wants to keep some tariffs in place to ensure that China met the terms of a potential deal.

Since entering office, Trump has used tariffs extensively against other trading partners to reduce the US trade deficit and revive the country’s ailing manufacturing sector.

“China has been ripping this country off for 25 years, for longer than that and it’s about time whether it’s good for our country or bad for our country short term. Long term it’s imperative that somebody does this,” Trump said in August.