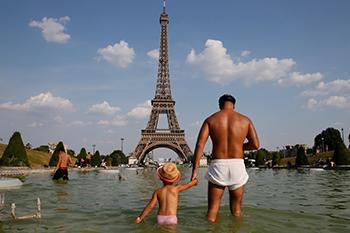 PARIS (Reuters) – Heatwaves in June and July caused about 1,500 more deaths than usual in France over that period, though the figure was far lower than in the summer of 2003, the country’s health minister said on Sunday.

A total of 1,465 more people than usual died during the hot spells in June and July, up 9.1% on the average for the period, health ministry data shows.

“The 2003 heatwave lasted 20 days. We had 18 days in two waves and we managed to cut mortality by a factor of 10 thanks to preventative measures,” Agnes Buzyn told France Info and France Inter radio stations.

The highest temperature in France this summer was 46 degrees Celsius on June 28 at Verargues in the south of France.

A perspective on the study of artificial and biological neural networks