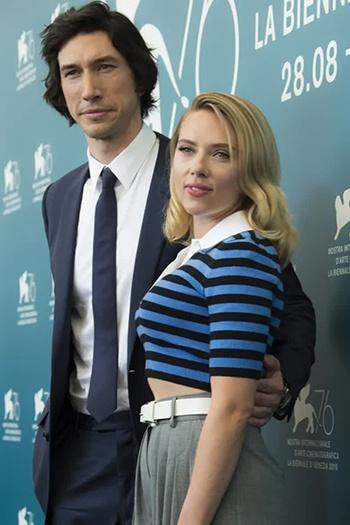 Narratives exploring human relationships were once largely concerned with the quest for love. This meant two sweethearts having to overcome the hurdles that stood between them and the altar, or the scandalous fallout from illicit affairs. Nobody ever paused to wonder if Madame Bovary’s marriage to Dr Charles Bovary could have been saved with the right interventions, or if Anna Karenina might have felt less alienated from husband Alexei if they’d just worked on better communication.

Fast-forward to 2019 and the focus is completely different. TV schedules, films and novels are dominated by what is being dubbed “Split Lit”, where the spotlight is on a couple in relationship meltdown.

A wry take on the shifts from marital intimacy to alienation drives one of his year’s most talked about novels, Taffy Brodesser-Akner’s Fleishman is in Trouble, which sees fortysomething New York hepatologist Toby find himself left behind in almost every way by his ambitious wife. Meanwhile, long-married readers may find even more to embrace in Tessa Hadley’s latest novel, Late in the Day, which takes a forensic look at two intertwined marriages and darts to and fro in time to key scenes in the relationships and friendships.

And then there is Nick Hornby’s new TV drama, State of the Union, directed by Stephen Frears and starring Rosamund Pike and Chris O’Dowd. Ten snappy episodes chart the pre-therapy discussions of a couple in the throes of marital breakdown.

Twice-wed Hornby, who’s been “in and out” of therapy for “donkey’s years”, says: “It’s interesting how much we have invested in marriages staying afloat … People bend themselves into complicated shapes in order to make something work.”

And I’m sure many a nervous couple will queue to see Noah Baumbach’s Marriage Story (yup, about a couple in meltdown) this autumn, staring Adam Driver and Scarlett Johansson, which has received rapturous early reviews.

When British newsreaders Emily Maitlis confessed recently that her and her husband’s demanding careers mean they’re like ships that pass in the night, thousands nodded in recognition. It certainly gives us a clue as to why writers and filmmakers are turning their attention to marriage trouble. The big question is no longer whether one half of a long-term couple will leave (that seems all too likely in our culture of impermanence), but is there any way they can stay together, or recover from a rift? And, if so, how?

I lap up Split Lit in full awareness that, aged 51 and marking 24 years of marriage this month, I’m a textbook example of its target demographic. I hesitate to use the word “celebrate” about my wedding anniversary because my union is as imperfect and idiosyncratic as the next bickering, middle-aged couple’s. I naively thought the baby years would be the hardest, but they seem halcyon compared with the trials of finding yourself cash-strapped, pension-free and time-poor in midlife with two demanding secondary school-aged children.

I thought the baby years would be hardest, but they seem halcyon compared with … finding yourself cash-strapped and time-poor in midlife.

My spouse has become a long-suffering house husband, while I’m a caricature of a working, frequently travelling, semi-absent mum. A counsellor spent two terms visiting our house, and I’m not joking when I say that this former police officer rescued our marriage by gently highlighting the ways in which our parenting styles diverged and led to conflict.

The reason I feel fine about airing all this in a national newspaper is that so many of my peers are experiencing similar woes. We’re in this 21st-century marriage dilemma together.

In my circle, marital fraying is reassuringly common and the mutual commiseration hugely consoling. No one takes sides because we’re all complicit in this midlife freak-out – plus I can’t help noting that all the couples moan about pretty much the same stuff: “He shouts at the kids.””She criticises everything I do.””I know every word he’s going to say.””She’s off out again.””He won’t try anything new.””She/he doesn’t listen.”

The beleaguered men tend to be softer and less critical than the women; they want to spoon, but the wives are too cross at their snoring. It’s the wives who long for Virginia Woolf’s A Room of One’s Own, preferably down the street. Anouchka Grose, the writer and psychotherapist, and author of No More Silly Love Songs: A Realist’s Guide to Romance, points out: “The economic conditions underpinning marriage are so different these days, it’s only to be expected that everything else should change too.

“For instance, women might be submissive and accommodating in a marriage if their economic survival depends on it. But why should they put their husband’s needs first if they earn their own living? People probably enter marriages with even more romantic ideals than they used to – it’s not supposed to be a pragmatic arrangement at all any more – and that can create an impossible pressure.”

For my own part, I feel the real issue isn’t lack of love, so much as lack of emotional resources. If you can somehow weather the lean, mean, teen years and find time and energy to stop the “ships in the night” marriage mode, then all may be well.