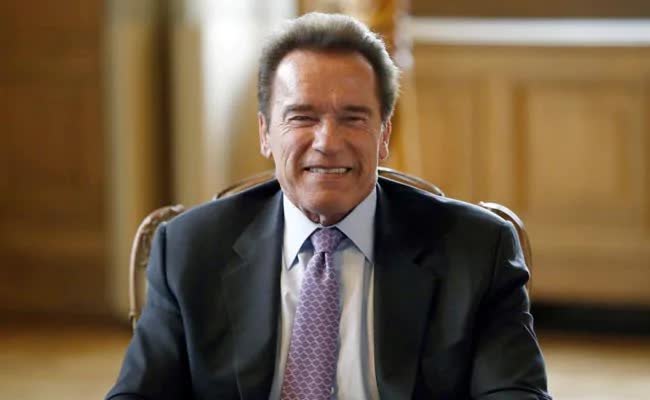 Arnold Schwarzenegger has resumed his ongoing feud with President Donald Trump, claiming that the root of their animosity is that the president is “in love” with the actor.

Since Schwarzenegger, an immigrant bodybuilder turned actor turned California governor, took over for Trump as the host of NBC’s “Celebrity Apprentice” (the network cut ties with Trump in 2015 over the then-candidate’s derogatory comments about Mexican immigrants), the president has ridiculed him for the show’s poor ratings, even opening the annual National Prayer Breakfast in 2017 by asking attendees to pray for the show.

In turn, Schwarzenegger has not held back his scathing assessments of the president, telling Men’s Health magazine in an interview published Tuesday that Trump is basically obsessed with him.

“He’s in love with me. That’s the reality of it. With Trump, he wants to be me,” Schwarzenegger said when asked about Trump’s critiques of his performance on the reality competition show.

Schwarzenegger went on to describe how, “in the old days,” when they’d go to wrestling matches together, Trump would fixate on the performance art of it all. The actor said Trump would grill him on how to sell a performance, asking questions like, “How do you go and act out a scene so that I get affected emotionally?”

The two men have been publicly sparring for more than two years. In July, Trump said at an event at the White House that Schwarzenegger had “died,” meaning it figuratively as it related to his ratings. Schwarzenegger responded: “I’m still here. Want to compare tax returns, @realDonaldTrump?”

In the Men’s Health profile, written in advance of the next installment of the “Terminator” franchise coming this fall, Schwarzenegger said people around the world mock Trump, but they still love the United States.

“People everywhere, no matter how much they dump on America, no matter how much people laugh at Trump right now all over the world – they want to come to America,” Schwarzenegger said. “Because they know that one president, one man, cannot change this country.”