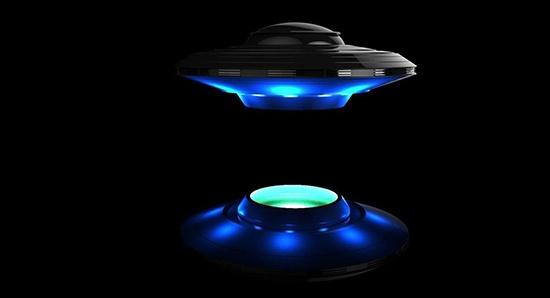 UFOs are commonly thought of as bright, shining objects in the sky, but this sighting is interesting in that it shows objects that are completely black against a city skyline.

Two UFOs were recorded hovering in shadows above an unnamed stadium in North Carolina as the match played out before the crowd, The Daily Star reported Tuesday.

According to the report, a father and a son donned sunglasses to dim bright stadium lights and they noticed a mysterious black shape hovering in place above the structure.

One triangular-shaped object can be seen on the video, oriented horizontally while another similar black patch is oriented vertically but is much harder to see.

“What the heck is that thing,” the son can be heard saying in the video.

While the object could be a lighting artifact due to powerful stadium lights, it remains in place as the cameraman shakes his phone.

The video of the sighting was uploaded to YouTube channel “MrMBB333,” which focuses on strange and mysterious phenomena, and at the time of publication, had gathered 84,000 views.

While some viewers argued that this could have been a drone, others opined that the shape was too large for a drone, compared to the size of a human, and noted that it had no navigation lights.

Some users took the video humorously.