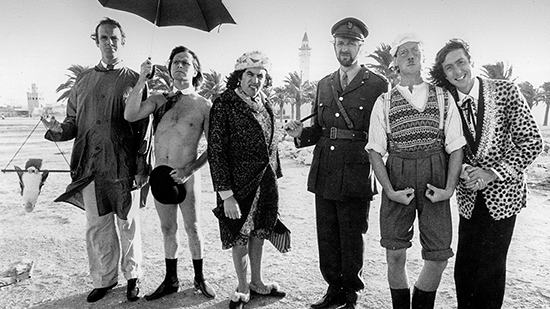 The classic British comedy series ‘Monty Python’ is 50 years old this month, but the sobering fact is that it, along with other shows of the era, would not be made today due to politically correct policing.

There are so many things modern comedy writers can’t say, for fear of being branded ‘racist/anti-Semitic/sexist/homophobic/genderist/misogynistic – or a combination of the aforementioned. Even the mildest joke could get you into serious trouble. And that’s a big problem. As Python John Cleese has said: “All humor is critical. If you start to say ‘We mustn’t; we mustn’t criticize or offend them,’ then humor is gone.”

The Pythons didn’t so much think outside of the box, for them – to quote the zany comedy character Professor Bob Kazinski – there was no box. In his book ‘Very Naughty Boys,’ Robert Sellers notes that Python Graham Chapman was known for his ‘eccentric’ behavior. “Once, when presented with a show-business award at some swish function by Lord Mountbatten, Chapman crawled to the stage on all-fours, clasped the prize between his teeth, squawked, and then returned to his table.” Alas, they don’t make them like Chapman any more.

John Cleese quite rightly bemoans the BBC’s failure to repeat ‘Monty Python’ episodes, but it’s not the only comedy to fall foul of humorless, virtue-signaling, ‘illiberal liberal’ censors.

My late friend Jimmy Perry, the creator of the classic ‘Dad’s Army’ (which is still shown), also co-wrote another WWII army-based sitcom called ‘It Ain’t Half Hot Mum,’ which like ‘Dad’s Army’ was hugely popular in the 1970s, and which I wrote about here.

But this show – which Perry thought was even funnier than ‘Dad’s Army,’ is never repeated on the BBC, due to the PC Police. It’s claimed, by those who probably have never watched a full episode, that the show promotes racism and homophobia. In fact, it lampoons racism and homophobia. The attitudes of the fearsome Sergeant Major character played so memorably by Windsor Davies, are those which a British Army sergeant major would have held in the 1940s. But it seems the past has to be rewritten if it doesn‘t match modern sensibilities. If ‘It Ain’t Half Hot Mum’ were remade in 2019, the Sergeant Major would be transformed into a ‘right-on’ virtue-signaler deeply concerned about gender-neutral signage and other ‘worthy causes,’ and it wouldn’t be at all funny because the humor comes from the friction between the reactionary, very bigoted character and the artistically minded concert-party soldiers he shouts at every day.

Jimmy Perry said to me – quoting advice given to him by the playwright George Bernard Shaw – that the basis of good comedy was truth, but you can’t have truthful portrayal of characters from the past today. Everything has to be sanitized and given a modern PC makeover.

Look at the way ‘The Germans,’ an episode of Fawlty Towers (a series co-written by the Python John Cleese) has been censored to remove certain comments from the Major.

The Major’s comments were very objectionable, but the point is, they were the sort of thing someone like a major living in a hotel in Torquay, battling with senility, would have come out with in the mid-1970s. As Mark Lawson succinctly put it in a Guardian column “Major Gowan is racist; Fawlty Towers isn’t.”

If the Major was made over to be ‘new-age’ and an anti-racist campaigner, it just wouldn’t ring true and wouldn’t be funny.

Popular comedies of the 1970s actually did more to help challenge and change racist and homophobic attitudes than those who condemned them. Consider ‘Rising Damp,’ where Philip, the African character, is the cleverest person in the boarding house, and continually gets the better of the landlord Rigsby, and ‘Are You Being Served?’ in which the gay sales assistant Mr Humphries became one of the most popular characters in TV history. But would ‘Rising Damp’ or ‘Are You Being Served?’ be made today? I very much doubt it. Comedy writers wouldn’t take the risk. Don’t forget just one complaint to Ofcom can trigger an investigation. Repeat after Me: ‘NOBODY expects the PC Police Inquisition!’

The PC over-policing of comedy has, I believe, contributed to the decline in mental health in Britain. Laughter really is the best medicine (Jimmy Perry, who lived to be 93, really was one of the jolliest people I‘ve ever known), and surveys show that we were a lot happier as a nation when our TV schedules were packed full of very funny sitcoms, such as ‘Rising Damp,’ ‘The Good Life,’ ‘Fawlty Towers’ and ‘Porridge,’ and not chock-a-block with depressing PC Police-approved ‘dramas’ and dreary fly-on-the-wall shows.

In today’s comedy, it seems you don’t even have to try and make people laugh. A ‘new wave’ of comedians, I kid ye not, are renouncing comedy altogether!

There are too many serious things we ought to be dealing with first, it seems. The answer to this – to quote a famous line from Private Frazer in ‘Dad’s Army’ – has to be a very loud ‘Rollocks!’

It is precisely because there are so many serious issues that have to be addressed, that we have a special need in our downtime for good, un-thought-policed, laugh-out-loud, pee-your-pants comedy. Bring back ‘Monty Python’ and all the other classic series too, and put po-faced ‘post-comedy’ in the trash can of history where it belongs. We need the Ministry of Silly Walks and not the sour-faced Ministry of Political Correctness.

And please don’t get me on modern ‘satire’ which, unlike the old Spitting Image, mocks the powerless and their representatives, and not the powerful. 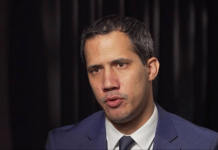 Thought-police come for Koch-funded ‘anti-Greta’ – but unlike ‘real Greta,’ her conflicts of interest are in public view