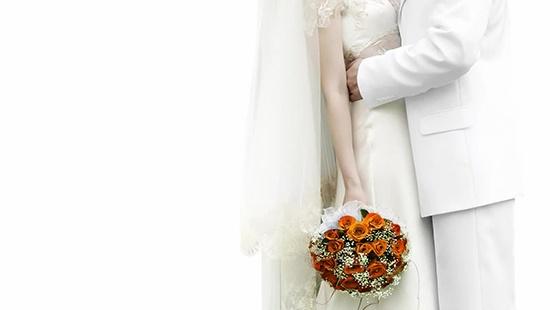 Should you consider a ‘post-nup’? Many people are

Marriage is meant to be a case of what’s mine is yours. But with so many finding true love later in life when they’re financially established, post-nuptial agreements are helping many ensure they’re not left losing what they’ve worked so hard for if the relationship breaks down.

The post-nup is for couples who are married and want to stay together or protect properties, an inheritance or other assets in the event of divorce. And some say it promotes financial peace of mind. It’s perhaps not surprising given the rate of divorce in this country.

While 112,954 presumably happy couples exchanged vows in 2017, another 49,032 couples were granted divorce the same year.

A post-nups can protect family wealth secured by one party while still providing for the couple to build wealth jointly during their relationship, explains family lawyer Kasey Fox. A post-nup can be used by de facto, same sex and married couples, according to Fox, director of law firm Farrar Gesini Dunn.

While it’s impossible to know how many post-nups are signed because these documents aren’t registered with an independent body or the courts, a number of legal firms say inquiries are up considerably in recent years.

Legal firms say inquiries are up considerably in recent years.

A post-nup can be a good option for couples who want certainty for the future but don’t want to feel rushed into signing before they marry or start living together, Fox explains.

“My view is that these are becoming more popular as we see an increase in the number of people entering their second relationship. They want to protect their assets moving forward,” says Fox. “Provided all the legal requirements are met, the agreement is legally binding once signed by both parties.”

What’s mine is mine

Melbourne’s Sarah Taylor recently broached the subject of a post-nup with her new husband. The couple bought their own assets into the marriage when tying the knot in May. Each runs a small business and has a will in place. Her husband has two teenage daughters from a previous marriage.

Taylor says watching her mother leave her marriage with no assets prompted her to broach the topic with her husband. “It’s awful to think about, but if the marriage ends, I don’t want things getting murky,” Taylor says. “I guess I was nervous about bringing it up. It’s quite taboo for women to take control of their money. But it was important to me.

“I wanted us to be clear about what was considered to be joint assets that would be pooled, and which assets would remain in our own names if things soured between us.”

For some, a post-nup is akin to an insurance policy, family lawyer Sonya Black says.

“Some people see a post-nup as a cost-effective way to avoid future legal costs arguing about the division of assets and liabilities if the relationship does break down,” Black, director of Advance Family Law says.

Bear in mind that post-nups can also be challenged legally in the event the relationship breaks down. “The other party may make an application to have the agreement set aside, which does happen in some cases.”

The validity of a post-nup relies on the calibre of the lawyer, she warns.

“Unfortunately, there are too many bad apples in the lawyer barrel who will sign off on the agreement during your 30-minute lunch break and charge you enough the register their BMW for the year.

“There’s a very strong onus on the lawyer to provide advice to their client so they understand their rights and entitlements. Consequently, a valid agreement costs more to prepare properly than the cost to register a BMW,” Black says.

A sunset clause to revisit the agreement every few years to ensure the parties’ future needs are considered gives the agreement greater certainty in case it is challenged at a later date, Black says.

But not everyone agrees that a financial agreement is in the best interests of the relationship.

If the post-nup is an attempt to assure fidelity by penalising someone in advance, it’s a bad idea, psychotherapist and relationship counsellor Dan Auerbach warns.

“Couples need to be very careful not to disturb the process of emotional bonding by anticipating and penalising mistrust,” says Auerbach, a relationship counsellor with Associated Relationship and Marriage Counsellors.

“If it is really a process of helping the couple clarify their values ahead of time, it can be a helpful way to start a conversation. Having said that, some financial arrangements or issues of control of certain assets may be appropriate for people with complex financial affairs,” he says.

But Melbourne’s Sarah Taylor isn’t looking back. “Don’t be frightened of making an agreement, especially when you’ve worked all your life to build assets. It’s important to project yourself should things change in the future.”