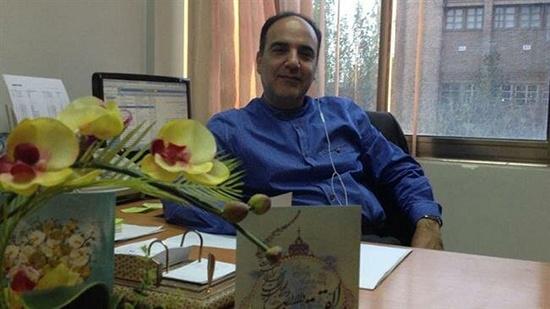 A leading Iranian cultural organization slams the United States for its protracted detainment of an Iranian stem-cell scientist on “hollow” grounds, calling on advocates of human rights worldwide to help end the “arbitrary detention.”

“The US government constantly delays Dr. Soleimani’s trial in violation of academic and research protocols, and has so far failed to produce any official report on the reason behind his arrest,” said Iran’s Supreme Council of the Cultural Revolution in a statement published on its website on Wednesday.

Masoud Soleimani was arrested upon his arrival in the US state of Chicago in October last year on charges that he had violated trade sanctions against Iran. He has been held in detention south of Atlanta since then.

Soleimani and two of his students, who are free on bond, are accused of conspiring and trying to export biological materials from the US to Iran without a license from the Treasury Department’s Office of Foreign Assets Control.

Attorneys in the case say he seized on the plans of a former student to travel from the US to Iran in September 2016 as a chance to get recombinant proteins used in his research at a lower price than what he’d pay at home.

Lawyers for the scientists say the trio did nothing wrong, stressing that no specific license was required as the proteins are medical materials and that transporting them to Iran for noncommercial purposes doesn’t amount to exporting goods.

The Council further said Soleimani ranked among the world’s top 100 scientists in terms of scientific citation, who had travelled to the US at the invitation of the Minnesota-based Mayo Clinic — a ranking nonprofit academic medical center — on a valid visa.

He was arrested right upon arrival without charge or trial, and was currently jailed alongside criminals, drug traffickers, and hooligans, it added.

“Dr. Soleimani’s detention is a clear example of arbitrary arrest,” the statement read, adding that such arbitrary arrest is condemned and prohibited under the terms of all international procedures.

The case serves to prove the US’s adversarial and inhumane attitude given the fact that Soleimani’s sphere of research and his academic background has nothing to do with Washington’s sanctions targeting Iran, it stated.

“The American government, which has failed to block Iran’s monumental scientific progress,…has now resorted to inhumane behavior,” the document noted.

It asserted that Soleimani was an “apolitical academic figure.” The detention prevented him from seeing his mother, who went into a coma after learning about his arrest, and passed away recently.

The Council also called attention to the conditions surrounding Soleimani’s detention, which has severely affected his sight and had him lose much weight.

Soleimani’s family has shouldered the expenditure required for his treatment and legal representation, it noted. The US, however, is preventing his access to decent medical treatment, despite the fact that he suffers from irritable bowel syndrome (IBS).

The body called on the world’s right-seeking and pro-justice people and organizations to condemn the detention and pursue the scientist’s release.