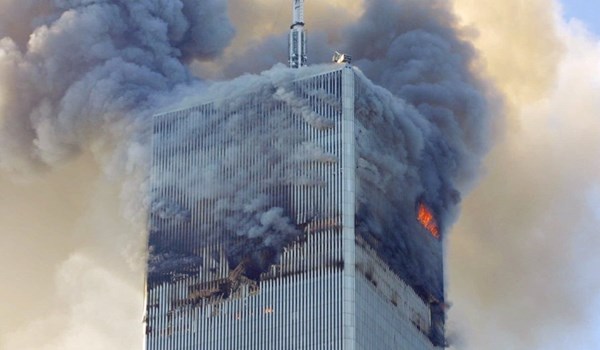 People stand beside plates on which the names of 9/11 victims were inscribed around the South Pool at the National September 11 Memorial and Museum in New York, the United States, on Sept 11, 2017. Photo: Xinhua

Today is September 11. Many US media are reflecting on the country’s counter-terrorism war, as well as on the advantages and disadvantages of current US foreign policy. Generally, such a review is good.

From the US standpoint, the counter-terror war has been effective. It has overthrown or contained the ability of terrorist organizations to launch 9/11-style mass attacks. The US is relatively safe. But, on the other hand, terrorism has spread across the world and taken advantage of regional issues for more specific goals.

More importantly, hatred and misunderstanding didn’t shrink in the world, which makes it harder to uproot terrorism. Therefore, various countries have spent a lot on countering terrorism. Global governance would have made greater achievements if these resources were used to develop the economies in underdeveloped countries and regions.

The US is the most powerful country in the world. We believe it has special responsibilities in making the world more peaceful and orderly. Regrettably, Washington has failed to do so, and has set a bad example for the world by being selfish, capricious and even rude.

Looking back at the counter-terrorism war, people will find out that the US didn’t get at the root of eliminating terrorism. In recent years, terrorist activities have more frequently occurred in a larger range of places, involving increasingly diverse radical people.

The situation in the Middle East has changed, while partisan conflicts in the Islamic world have become serious. The US has changed its policy from supporting Israel against Arab countries to overtly backing up some and opposing others in the Middle East as well as selectively supporting so-called democratic activities in the region. Washington has gained in the short term but left the region in chaos.

Washington has been upholding the “America First” policy and taking subversive action in recent years. This has seriously impacted the fragile world order, and allowed various risks to peace to grow.

First, the US has seriously undermined the post-Cold War major power relations centered on cooperation. It declared that China and Russia are two strategic competitors and launched an insane trade war against China, leading to unprecedented tensions in the world.

Second, Washington refused to fulfill its responsibilities and obligations as a superpower, and withdrew from several international treaties and mechanisms, leaving the already formed major global cooperation incomplete, stagnant, and paralyzed.

Third, the White House has applied extreme pressure and reneged on its words as overt negotiation strategies, severely eroding some basic norms of international relations.

The US wishes to reshape international relations and global interest distribution in accordance with its own will, in a bid to put its “America First” principle into practice. As the world with modern technology becomes increasingly chaotic, the US can hardly control such chaos and establish an orderly structure conducive to maximizing its interests.

Turbulence and uncertainty have surfaced where the US has stirred things up. The free and open global economic order, as well as the international security structure based on disarmament and arms control, are becoming fragmented. Washington is living off its past gains and creating new dissatisfaction, and even hatred, in almost all directions. Washington’s policymakers are supporting such an irrational strategy by inciting American nationalism.

The 9/11 attacks were a huge tragedy. It is hoped that Washington’s political elites recall how the world sympathized and helped the US in 2001, and think about how the country has acted since then.