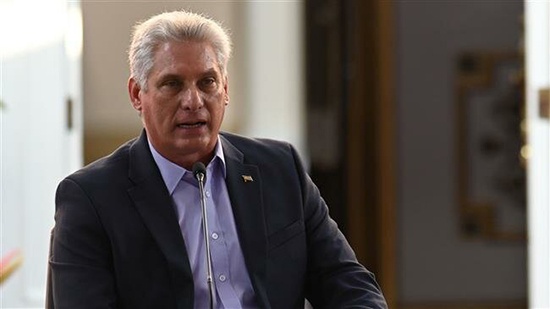 The Cuban president has warned of a looming fuel shortage in the wake of US-imposed sanctions against the Caribbean island country, saying the government in Havana must implement emergency measures to stave off the energy crisis and avoid blackouts in the coming days.

Miguel Diaz-Canel said in a nationally televised address on Wednesday that the emergency measures are meant to prevent an acute fuel shortage in September, which was caused by the US administration’s efforts to block oil shipments to the island.

The interruption in fuel supplies has led to noticeable cutbacks in public transportation over the past days, causing long lines at peak times. Some service stations have shut down entirely, while others have run out of diesel.

“There may be problems with the distribution of products that depend on diesel-fueled transport, in public transport and in energy generation, which we’re trying to take measures to avoid,” the Cuban president said on national television, without specifying details of the measures.

Diaz-Canel added that the island would have to make do this month with the little fuel now available, plus supply from a ship that arrives on Saturday and another at the end of September.

The 59-year-old placed the blame for the interruption of supplies on the United States, accusing Washington of “acting with greater aggressiveness toward Cuba” in the hope of making life worse for ordinary people to trigger a “social explosion.”

“I understand that there is concern but we are not in a Special Period,” Diaz-Canel said, referring to the severe economic depression that Cuba went through in the 1990s following the collapse of the Soviet Union.

“I can assure you that we have a strategy to succeed and the Yankee administration will not achieve its aim of disheartening the Cuban people and much less vanquishing it,” he said.

The US and Cuba severed relations in 1961 during the Cold War. Cuba has been under a US economic blockade for over 60 years.

In 2015, the US, under former President Barack Obama, restored diplomatic relations with Cuba. However, his successor, Donald Trump, began to partially roll back the historic rapprochement as soon as he took office in early 2017.

The Trump administration has tightened its decades-old embargo on Cuba over the past few years.

The US measures have included new sanctions on vessels and firms involved in oil exports to Cuba, particularly from its main ally, Venezuela.

Washington says the embargo is aimed at getting the Cuban government to drop support for Venezuelan President Nicolas Maduro.