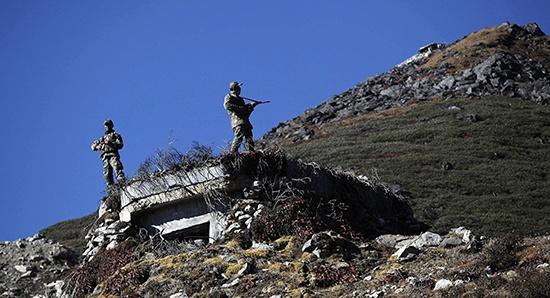 New Delhi (Sputnik): India and China claim more than 130 kilometres of area in the newly carved out Himalayan territory of Ladakh that extends between the Indian and Chinese controlled areas.

On Wednesday (11 September), the armies of both New Delhi and Beijing engaged in a face-off near the northern bank of lake Pangong Tso in the region, but disengaged after talks between the two sides.

The army also stated that such incidents happen due to differing perceptions of the Line of Actual Control (LAC) – a demarcation line that separates Indian-controlled territory from Chinese-controlled territory in the former princely state of Jammu and Kashmir. “There are established mechanisms to resolve such differing perceptions of the LAC and established mechanisms to resolve such differences”, said the statement.

Incidentally, the confrontation took place in the same area where Indian and Chinese troops engaged in a bitter scuffle during the Doklam standoff in the summer of 2017.

The latest standoff comes a day after the Indian Army denied reports of incursions by the Chinese into the northeastern state of Arunachal Pradesh.

China expressed serious concern over this and asked India to restore the status of Ladakh, which India declined, claiming the decision did not have any impact on the status of the LAC.

Chinese Foreign Minister Wang Yi cancelled his visit to New Delhi, scheduled for 9 September, where he was supposed to hold special representative-level talks on the boundary question.

India and China share a nearly 4,000 km border and, aside from the middle sector, most of the region has a disputed border, including Arunachal Pradesh, which China calls South Tibet.

The Indian Army is going to launch its biggest war games exercise, codenamed HimVijay, in Arunachal Pradesh starting October in which the Air Force and the Army will jointly exercise real war scenarios inside Indian territory simulating a battle.