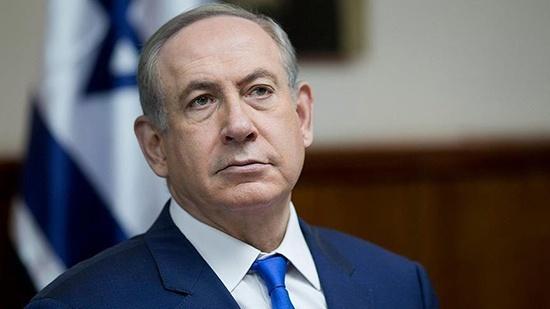 A political expert says the administration of US President Donald Trump has given Israeli Prime Minister Benjamin Netanyahu the green light for his highly controversial post-election plan to grab more Palestinian land in the occupied West Bank.

Sa’d Nimr, professor of political science at Birzeit University near the West Bank city of Ramallah, made the remarks on Press TV’s The Debate program on Wednesday.

He was asked about Netanyahu’s recent pledge to swiftly apply the Israeli “sovereignty” over the Jordan Valley and the northern Dead Sea, which account for nearly a third of the West Bank and lie in Area C of the territory, if he wins re-election next week.

Nimr said that the Tel Aviv regime is not only failing to comply with the Oslo Accords but also pursuing the West Bank annexation bid.

The scheme, he added, was “an old idea” already raised by former premier Ariel Sharon.

“The idea for the right-wing Israeli parties, including the Likud party and Netanyahu, is to annex the 60 percent [of the West Bank],” Nimr said. “It is a continuation of the Israeli plan to annex the West bank generally and to keep the Palestinians only in around 38 percent of the territory.”

Through the annexation plan, he noted, “villages and cities will become literally hotels only for the Palestinians once you deprived them from their own land, which is very crucial for them for agriculture.”

The political analyst further pointed out that Netanyahu’s initiative had been coordinated with the Americans as he will not “dare to give such a statement unless he has some kind of a backing.”

The idea was “supported, to a large extent, by the American administration in the statements of [David] Friedman, the American ambassador to Israel, who said Israel has the right to annex the settlements, … and also by [Trump’s ex-Middle East envoy Jason] Greenblatt, who used the term Judea and Samaria area instead of West Bank or the occupied West Bank,” he said.

“I think that the Americans are giving a green light to Netanyahu to go on. And, I think it’s also part of supporting him in his election, especially that Mr. Trump had said that he would like to see Netanyahu back again as prime minister, and he was annoyed last time when Netanyahu failed to form a government in the last election just five months ago,” he added.

“He would like to get as much as he could from the right-wing and especially from the settlers … who are now exceeding 700,000 or almost 750,000 in the West Bank and Jerusalem [al-Quds] and to give them this kind of present … to say that ‘the moment I am elected I’m going to annex the Jordan Valley,’” he said.

Netanyahu has hinted that Trump’s yet-to-be-unveiled “peace” proposal on the Israeli-Palestinian conflict would allow the regime to annex the Jordan Valley — which accounts for a quarter of the West Bank — and the northern Dead Sea.

He said he expected Trump to present his highly controversial plan just days after Israel’s elections, and that he would look to apply “sovereignty” over the settlements built on occupied Palestinian land in coordination with Washington.

Since taking office in 2017, Trump has been showering Netanyahu with political gifts, including recognizing Jerusalem al-Quds as Israel’s “capital” and moving the US embassy from Tel Aviv to the occupied city as well as cutting aid to the Palestinians and closing the Palestine Liberation Organization’s office in Washington.