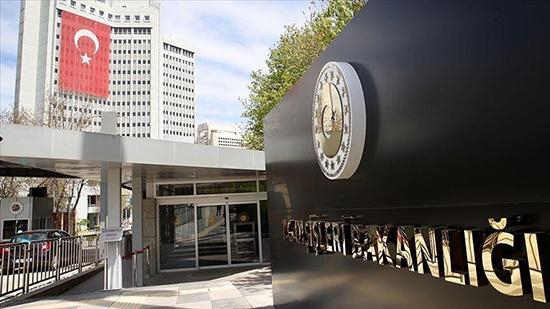 Turkey on Sept. 10 conveyed condolences to the Iraqi people over the loss of lives in a stampede during a religious ceremony.

“We learned with great sorrow that dozens of people lost their lives and over 100 people were injured according to initials reports in a stampede during Ashura Day events in the Iraqi city of Karbala,” Turkey’s Foreign Ministry said in a statement.

It wished a speedy recovery to the injured and asked for Allah’s mercy for those who lost their lives.

At least 31 people were killed in the stampede in the southern province of Karbala, according to the Iraqi Health Ministry.

The ministry added that 10 of the injured are in critical condition.