Drillers in the U.S. shale patch are continuously looking to save costs as they want to squeeze higher margins and profits. Those focused on oil production are also looking to find some useful application for the associated natural gas flowing with the crude, instead of just flaring it to unsustainable levels.

A new tech for powering frac fleets could solve both problems for upstream companies, but for the frac fleet providers—the oilfield services firms—the move to electric fracking equipment incurs hefty costs that cannot be justified in the current market of drilling slowdown, analysts and executives say.

Exploration and production (E&P) companies have started to use a new technology for powering the fracking fleets—the so-called electric fracking in which the diesel-powered engines are replaced by gas turbines producing electricity to power the hydraulic fracturing operations.

The e-frac, as the technology is also known, can save up to US$350,000 from the US$6 million-US$8 million cost of fracking a well, or around a dozen million dollars annually for a company using it, analysts say.

Add in the reduced emissions because it’s natural gas burning in the electric fracking unit compared to diesel in the traditional frac fleet, and upstream companies may hail the e-frac technology as one way to cut the carbon footprint in operations.

In the wider picture of the oil and gas industry, however, not all benefit from the electric fracking fleets. The ones who don’t see cost savings—on the contrary, they see steep entry barriers—are many of the oilfield service providers, analysts and industry executives told Reuters reporter Liz Hampton.

One exemption from the largest oilfield services providers, and one that actually sees benefits, is Baker Hughes, which debuted earlier this year its electric frac gas turbine in the Permian. Baker Hughes says that its electric fracking tech cuts millions of dollars on diesel fuel and maintenance costs per year, while at the same time consuming the associated gas that would be otherwise flared.

But Halliburton, whose key market is fracking in the U.S., doesn’t think the figures add up.

“I don’t see that happening. When I think about electric, we don’t know where it’s going to go over time,” Miller said.

The manager has also recently told an oil firm that electric frac fleets “work for you, they don’t work for us.”

Patterson-UTI also said earlier this month that it didn’t have plans to invest in electric frac fleets, because of the steep costs and an oversupply on the frac fleet market.

According to IHS Markit’s cost & technology analyst Jesus Ozuna, the key downside of electric fracking is the high costs to enter—it costs around US$60 million for the equivalent to a 45000 hydraulic horsepower fleet, he said in a podcast this week.

“So it’s a significant increased costs versus other technologies which you can use natural gas, like dual-fuel or dynamic gas blending, where it costs only $3 million to do a conversion,” Ozuna said.

The high conversion cost is an obstacle for larger oilfield services firms with enormous fleets, but some small providers have signed contracts with major oil firms for their e-frac fleets.

U.S. Well Services—which has a total of five electric fleets—signed in March a long-term electric frac fleet contract of up to four years with Shell for the Permian. Evolution Well Services, the only pure e-frac fleet provider, announced in June a three-year agreement with CNX Resources Corporation for an electric fracturing fleet for natural gas fracking operations in the Marcellus shale.

CNX has saved an estimated US$900,000 from diesel fuel spend from the first three wells it fracked with the e-frac fleet, and believes it can save US$12 million-US$13 million on fracking costs per year, Pittsburgh Business Times reporter Paul J. Gough writes.

Evolution Well Services, which has six e-frac fleets, would like to build more e-frac fleets without firm customer contracts “but in this market it’s hard to justify,” CEO Ben Bodishbaugh told Reuters.

Oilfield services providers are under pressure with the slowdown in the U.S. shale patch, and costly investments in e-frac fleets are less attractive because of it. Despite the benefits of having electricity-powered fracking operations compared to diesel-powered fleets, the mass uptake of electric fracking will depend on the future of the drilling and oilfield services markets. 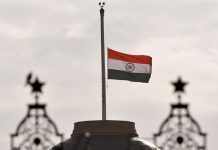