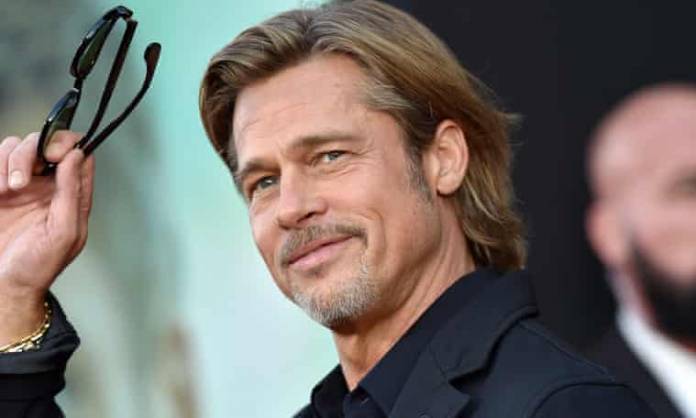 The world’s biggest stars are queuing up to be cast in the dandy gangster series. Ahead of the finale, creator Steven Knight talks about the show’s ‘bizarre, dream-like’ boom

From the streets of Small Heath, Birmingham, to the news stands of Bogotá, we are now living in a Peaky Blinders world.

The final episode of the fifth season will be shown on BBC One on Sunday evening, as the Shelbys tussle with fascist MP Oswald Mosley and a rival gang from Glasgow called the Billy Boys.

As the Blinders scale new levels of popularity, thanks in no small part to Netflix streaming the show in 183 countries, it is no surprise to hear that A-list stars are contacting Knight asking to join the cast.

“We get a lot of people who get in touch and want to take part,” he says. “There’s Brad Pitt. Snoop Dogg. A$AP Rocky, too. I think in series six we will open the door a little to get some celebrity actors in. The main thing is they have to be good. We’ll just get the best actor for the part, as we did with Sam Claflin, who plays Mosley. He’s perfect.”

He does, however, rule out cameos for their own sake. “I always find it difficult when the audience knows a person from somewhere else and they just drop in. It’s very distracting.”

Could he be referring to Ed Sheeran’s much-maligned appearance in Game of Thrones? “Well, there are some casualties along the road,” he says.

Knight confirms Mosley will return in the sixth season and goes on to say that he has as good as cast an actor in the role of Diana Mitford, second wife to the leader of the British Union of Fascists, the party Mosley founded in 1932.

While the Peaky Blinders are roughly based on a real-life gang and their enemies – former adversaries Billy Kimber and Darby Sabini did exist – the plot has played fast and loose with facts. With Mosley, the most well-known character depicted, Knight says his storyline will be more historically accurate.

“What I’m trying to do is take history, and the specific things history notices, then write around the things that aren’t so known,” he says. “So Mosley was having an affair with his wife’s sister and stepmother, but history doesn’t count that, that isn’t what we know him for. But who the hell does that? He was charismatic and magnetic, which made his message seductive and enabled him to draw people in. I want to make people see that evil is seductive and that we need to be careful.

“The rise of fascism, racism, national socialism and populism … it’s happening now,” continues Knight. “I looked at Mosley’s speeches, and one of them began ‘Do not believe false news.’ He was telling people that the media was lying to them, that foreigners were taking things away from them. It’s my good fortune – but the world’s bad fortune – that these things are happening again and I can write about them. I just hope people realise that nine years after Mosley started making these speeches there was a world war. Let’s not do it again.”

Knight is speaking at the the Legitimate Peaky Blinders festival and standing about 50 feet from the first reported crime by a Peaky Blinder – an assault in March 1890, years before the events depicted in the show. On the street below, there are thousands of fans dressed in period attire in tribute to their favourite characters.

“It’s bizarre,” he says. “It’s like a dream.” A huge draw across the Midlands, there are fans from all over the UK, from France and Belgium. Earlier in the day, Knight met one fan who had travelled from Los Angeles.

“It’s a whole world we’ve created, it’s more than just clothes and a good soundtrack,” he says. “I do lots of projects in film and TV. You have some that are lucky, and some that are unlucky. Peaky is the luckiest project I’ve ever been involved with. Every time we leap forward a couple of years, we hit a period of history that has such resonance. None more so than the current series. I don’t plan these things that far ahead, it just happens.”