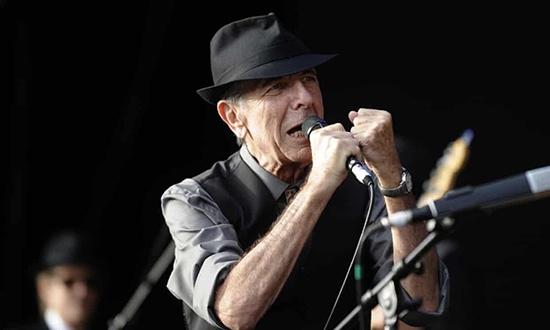 A collection of previously unheard Leonard Cohen material will be released as Thanks for the Dance, an album described by representatives for the late songwriter as “an unexpected harvest of new songs” and “a continuation of the master’s work”.

Cohen had asked his son, Adam, to complete the sketches left over from their prior collaboration on You Want It Darker, released in October 2016. Cohen died a month later, aged 82. Seven months after his father’s death, Cohen Jr began working on the material alone in a garage near his father’s old house, later inviting other contributors to be part of the process.

Those included Javier Mas, the Spanish laúd player who formed part of Cohen’s band for his last eight years of touring, and indie music stars including Beck, Bryce Dessner of the National, Richard Reed Parry of Arcade Fire, Damien Rice and Leslie Feist.

Thanks for the Dance will feature further contributions from composer Dustin O’Halloran, producers Daniel Lanois and Patrick Watson, the Stargaze orchestra, Berlin-based choir Cantus Domus and the Shaar Hashomayim choir who performed on You Want It Darker. Former Cohen collaborators Jennifer Warnes and Michael Chaves will also appear.

“In composing and arranging the music for his words we chose his most characteristic musical signatures, in this way keeping him with us,” said Adam Cohen. “What moves me most about the album is the startled response of those who have heard it. ‘Leonard lives!’ they say, one after the other.”

The album’s release has been trailed with a new song, The Goal, in which Cohen confronts his mortality: “Settling at last / Accounts of the soul / This for the trash / That paid in full.”

In an interview with the New Yorker published a month before his death, Cohen expressed doubt that he would be able to finish his unreleased song sketches.

“Maybe I’ll get a second wind, I don’t know,” he said. “But I don’t dare attach myself to a spiritual strategy. I don’t dare do that. I’ve got some work to do. Take care of business. I am ready to die. I hope it’s not too uncomfortable. That’s about it for me.”

In September 2018, Adam Cohen published The Flame, a collection of his father’s final poems and lyrics. He told the Guardian that his father “was very interested in preserving the magic of his process and not demystifying it”. In Cohen’s final months, said Adam, “he was a man on a quest, on a mission”.