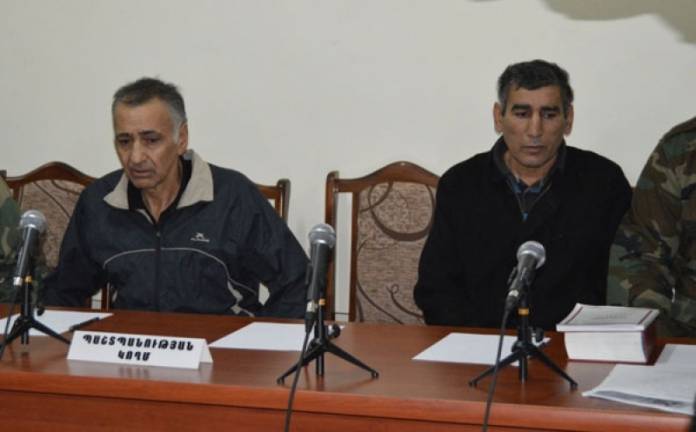 Baku / 21.09.19 / Turan: On September 19, through the Red Cross, official Yerevan received an official offer from Azerbaijan regarding the exchange of two Azerbaijanis for two Armenians.

This was announced today at a press conference in Yerevan by Armenian Minister of Defense David Tonoyan, commenting on the statement of the Azerbaijani side that Baku is ready to exchange the Armenian citizens Karen Kazaryan and Araik Kazaryan for the Azerbaijanis convicted in Karabakh, Dilgam Askerov and Shahbaz Guliyev.

The Minister noted that additional work is needed to clarify some information, and when it appears, the Armenian side will make a statement.

“We, in principle, are not against the return of our citizens to their homes and will facilitate this process. This is a purely humanitarian operation,” he said.

Asked if the exchange option was not ruled out, David Tonoyan said: “I do not exclude it, but this is a sovereign decision of Nagorno-Karabakh.”

Recall that earlier the representative of the Karabakh separatists, David Babayan, ruled out the possibility of exchanging Askerov and Guliyev for Karen and Araik Kazaryans. He substantiated his position by the fact that Azerbaijanis committed a murder.

However, judging by Tonoyan”s statement, a legislative decision can be made in Karabakh, on the basis of which the Azerbaijanis will be released. In particular, the other day a similar exchange took place between Ukraine and Russia. There, the leaders of the two countries pardoned the convicted Russians and Ukrainians based on their appeals. It is likely that the Armenian side will ensure that Askerov and Guliyev write a petition to the “President of Karabakh”, admit sabotage and murder and ask for pardon.