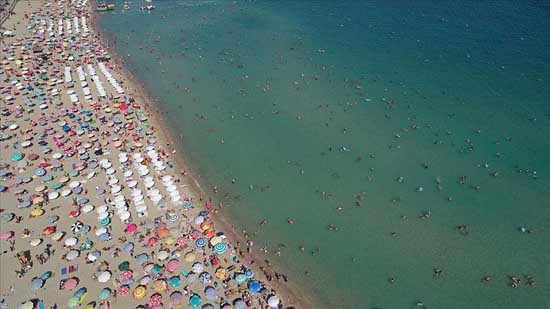 Culture and Tourism Minister Mehmet Nuri Ersoy is confident that Turkey will meet a target to host a total of 52 million foreign tourists this year.

“We aim to increase both the number of tourists visiting the country and tourism revenues. It has been a good tourism season, everything goes as planned. We will meet the targets set for 2019. Revenues rise in line with the increase in the number of visitors,” he noted.

Ersoy also said that they will make a detailed presentation regarding the 2023 tourism strategy on Sept. 27.

“Everything will become clearer about our plans after the presentation,” he added.

The latest data from the Tourism Ministry showed that in the first seven months of the year, a total of 24.7 million foreign tourists visited Turkey, pointing to a robust 14.1 percent increase from a year ago.

Turkey’s net tourism revenues amounted to $3.3 billion in July this year, according to data from the Central Bank.

In the new economic program, released in September last year, the government said it targeted $38 billion of tourism revenues in 2020 and aims for a higher $42 billion in 2021.