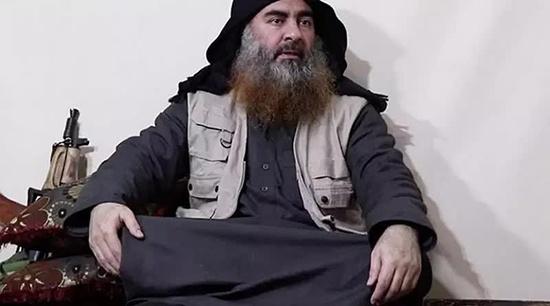 Abdullah Qardash, a former officer in Saddam Hussein’s army who rose through Islamic State’s ranks, was reported recently to be the successor to current leader, Abu Bakr al-Baghdadi. This is perhaps the first time a successor to the world’s most reclusive extremist leader has been mentioned. reflecting IS’ struggle to re-assert itself as a global movement.

AMAQ, a news agency affiliated with  Islamic State (IS), had reported on 7 August 2019 that the group’s leader Abu Bakr al-Baghdadi has appointed Abdullah Qardash as his successor. The appointment came at a time when speculations are widespread concerning al-Baghdadi’s deteriorating health after he was injured during a battle in Hajin last year. Qardash’s promotion as al-Baghdadi’s successor can be seen as not only an attempt to restore confidence amongst members but also reinvigorate a fresh series of attacks and possible revival of the IS terror franchise.

Al-Baghdadi is literally the last man standing among the group’s founding members and was last seen in an 18-minute video message on 29 April 2019 rallying his supporters while acknowledging the group’s defeat by US-led Kurdish forces. Many IS top leaders were killed in the siege in Eastern-Syria and the remaining fighters have dispersed and resumed guerilla warfare elsewhere.

Who is Abdullah Qardash?

Abdullah Qardash is from Tal Afar, a predominantly Sunni Muslim city in northwestern Iraq. He is a graduate of an Islamic Sciences college in Mosul and had served as an army officer during Saddam Hussein’s regime. Close to al-Baghdadi’s deputy, Abu Ala al-Afri, who was killed in 2016, Qardash was nicknamed the “Professor” and the “Destroyer” and was recognised as a brutal policymaker in the group. Described by some security analysts as cruel and authoritarian yet popular and well-respected among other IS members, Qardash was responsible for eliminating those who are against al-Baghdadi’s style of leadership.

Qardash shares a history with al-Baghdadi. The two were imprisoned together at Camp Bucca detention centre in Basra by the US forces over their links to al-Qaeda in 2003. Camp Bucca was where al-Baghdadi forged close alliances with other inmates while refining his vision for the so-called Caliphate.  Qardash had served as a religious commissar and a general sharia judge for al-Qaeda before pledging his allegiance to the IS.

In choosing his heir, al-Baghdadi would have taken into account his potential candidate’s historical background and religious legitimacy, according to IS’ beliefs. Qardash is assumed to be from the Quraysh tribe and belonging to the Prophet’s family (otherwise known as Ahl al-Bayt) thus making him a seemingly eligible nominee as a future caliph. Being a former Iraqi officer under Saddam’s regime and schooled at a religious college, Qardash would also be knowledgeable in Islamic jurisprudence and history.

Security analysts have, however, noted that Qardash is not the only potential successor to al-Baghdadi. For example, there are three other IS legacy senior members, Amir Muhammad Said Abdal-Rahman Al Mawla, Sami Jasim Muhammad Al Jaburi and Mu’taz Numan ‘Abd Nayif Najm Al Jaburi, who have been listed by US State Department’s Rewards for Justice. Some reports have also emerged casting doubts over the veracity of the Amaq announcements over Qardash’s anointment as Baghdadi’s successor.

A source from the Iraqi Interior Ministry has said that al-Baghdadi is still in Syria and suffering from paralysis in his limbs after being wounded during an attack in Deir ez-Zor in 2018. Although he is reported to have only a small circle of followers left and also believed to suffer from diabetes and high blood pressure, the IS leader continues to have a strong influence and is obeyed among his Arab and foreign followers.

Assuming that Qardash is the real successor, his role might be limited to logistics and administration. Qardash might not have the same vigour, spiritual influence and capacity to be the self-proclaimed leader of all Muslims, a position that al-Baghdadi had assumed in 2014. Al-Baghdadi’s caliphate declaration in 2014 has been strongly objected by Islamic scholars worldwide as he falls short of the requirements and credentials needed as a caliph. Qardash could face similar challenges if he becomes the next caliph.

Since the fall of Baghouz, IS’ last urban stronghold in March this year, the group has been reduced to pockets of resistance. Even if Qardash successfully takes over al-Baghdadi, he will face a divided leadership within the IS ranks whose members are scattered in cells across Iraq and Syria. The various factions that have emerged among the Tunisian, Saudi and Iraqi leadership may even cause some to reject Qardash’s vision and strategy as a leader.

Notwithstanding its territorial defeat, IS has not been beaten as a terrorist organisation. In the latest IS video series “The Best Outcome is for the Pious” released in July, renewed bai’ah (pledges of allegiance) were made to al-Baghdadi by militants in 12 countries. The videos prove that IS militants in several parts of the world still remain loyal to their leader. Whether it’s Qardash or others, al-Baghdadi’s successor will have a committed militant following backing them still in the near to mid-term.